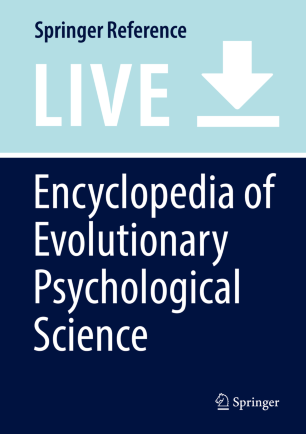 Evolutionary psychology is a hybrid discipline that draws insights from modern evolutionary theory, biology, cognitive psychology, anthropology, economics, computer science, and paleoarchaeology. The discipline rests on a foundation of core premises: 1. Manifest behavior depends on underlying psychological mechanisms, information processing devices housed in the brain, in conjunction with the external and internal inputs that trigger their activation. 2. Evolution by selection is the only known causal process capable of creating such complex organic mechanisms. 3. Evolved psychological mechanisms are functionally specialized to solve adaptive problems that recurred for humans over deep evolutionary time. 4. Selection designed the information processing of many evolved psychological mechanisms to be adaptively influenced by specific classes of information from the environment. 5. Human psychology consists of a large number of functionally specialized evolved mechanisms, each sensitive to particular forms of contextual input, that get combined, coordinated, and integrated with each other to produce manifest behavior. Evolutionary psychology is one of the fastest growing academic areas within psychology. The field is now served by half a dozen high-quality journals dedicated to the field, including a new Springer journal, Evolutionary Psychological Science, set to launch in 2015 and edited by Todd Shackelford, a co-editor of the current proposal. In addition, there are now over a dozen extremely well-selling undergraduate textbooks dedicated to evolutionary psychology, along with several recent Handbooks dedicated to the field. The field is now ready for an Encyclopedia of Evolutionary Psychological Science. This encyclopedia will be extraordinarily comprehensive and wide-ranging. If the standard Handbook runs 500 printed pages, we envision this project might run 1000 printed pages per volume, but of course this will depend on how many entries we include, and the length of those entries. We anticipate having entries of varying length, depending on the importance of the topic or issue. For example, an entry on the prominent topic of “sex differences” might run the equivalent of 20 printed pages, whereas an entry on female orgasm, a more recent focus of research in evolutionary psychology, might run 10 printed pages. And then we expect to have briefer entries still that address much more focused topics and issues (for example, cultural differences in tattooing and scarification).