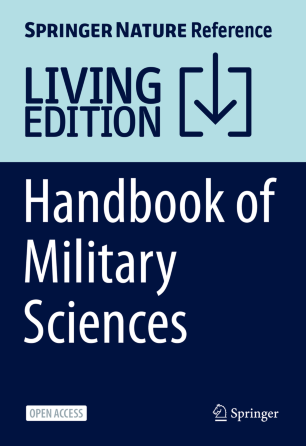 This open access handbook is a major reference work in the field of Military Sciences. Its main purpose is to inform and enlighten those dealing with the military on the role and contributions of science in describing, understanding and explaining military life, knowledge and doings. The handbook provides a comprehensive thematic introduction to various sub-fields of Military Sciences.
The handbook serves a broad audience in various capacities; academics studying the military and the broader defense and security sector, students at military and civilian schools preparing for service in the military, the government or other occupations with linkage to the military, professionals in the armed forces, decision makers in government, contractors who work alongside the military, NGOs whose work is influenced by military operations, journalists who write on matters concerning the sphere of the military or others with a particular interest towards the military as a phenomenon, organization or system of various kinds.