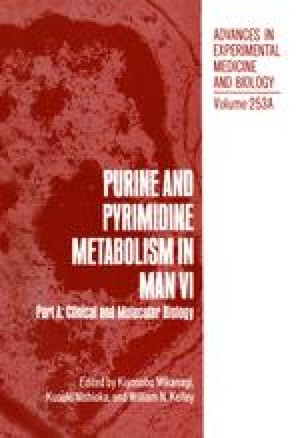 A Model of Gout Nephropathy

Chapter
Part of the Advances in Experimental Medicine and Biology book series (AEMB, volume 253A)

It is generally accepted that many factors, such as hypertension, vascular disease, renal calculi and infection, may contribute to renal disease in patients with gout. However, these are usually regarded as secondary phenomena which are often superimposed on a primary nephropathy. Most studies of the gouty kidney, however, have found evidence of a primary nephropathy with deposits of urate and uric acid crystals (1, 2, 3); Talbott and Terplan (4), in a study of almost two hundred kidneys, concluded that “the only distinct pathological feature of the gouty kidney is the presence of urate crystals”. Crystallographic studies indicated that these crystals were either acicular crystals of monosodium urate monohydrate (urate or MSUM) or deposits of uric acid (UA) (5). Subsequent studies of urinary urate over-excretion, either following chemotherapy of malignancy (6) or due to HPRT deficiency (7, 8), have established the importance of intratubular uric acid deposition in the development of an acute uric acid nephropathy. Interstitial micro-tophi containing urate crystals have also been demonstrated in gouty kidneys and there is suggestive evidence that these might develop not only due to local formation, but also by the passage of uric acid crystals through the lining epithelium of the distal nephron into the interstitial tissues. This has been demonstrated with other crystals in animals (9). Indeed, urate crystals have been demonstrated by electron microscopy within the tubular lining cells of patients with leukemia (10). Thus, there is support for the hypothesis that, at least in some cases, renal damage from uric acid begins by a reaction between intraluminal uric acid crystals and tubular lining cells of the distal nephron. For this reason, a study was planned of the reaction between cultured renal tubular cells and crystals of urate and uric acid.

Uric Acid Lysosomal Enzyme MDCK Cell Renal Tubular Cell Distal Nephron
These keywords were added by machine and not by the authors. This process is experimental and the keywords may be updated as the learning algorithm improves.
This is a preview of subscription content, log in to check access.