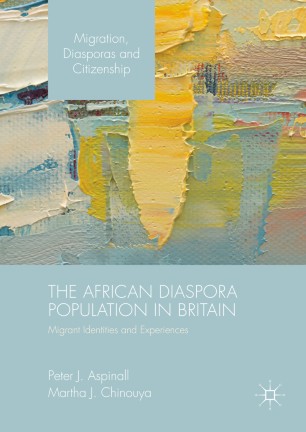 The African Diaspora Population in Britain

This insightful book examines the Black African diaspora in Britain through an examination of its demography, recent patterns of migration, changing patterns of residence, and socio-economic position. It provides an analysis of the areas where Black Africans face disadvantage, including labour market participation, housing markets, health and social care, and residence in deprived neighbourhoods. This original and important research also deals with categories and identities, using data collected in the 2011 Census on national identity, and the resulting investigation of the social, cultural and civic life of Black Africans presents the substantial heterogeneity concealed in the label 'Black African', concluding by highlighting the policy implications of this vital research.

Peter J. Aspinall is Emeritus Reader at the University of Kent, UK. His publications include 70 papers on race and ethnicity and several books, including Mixed Race Identities (Palgrave Macmillan 2013, with Miri Song). He was ONS National Convenor for the ethnicity question in the ONS 2001 Census Development Programme.

Martha Judith Chinouya is a social scientist and Lecturer in Public Health at the University of Liverpool in London, UK. She has conducted benchmark research on HIV with and for Black Africans in England.