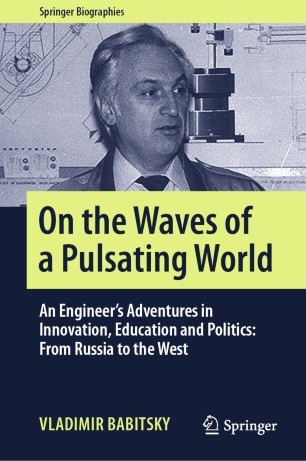 On the Waves of a Pulsating World

An Engineer’s Adventures in Innovation, Education and Politics: From Russia to the West

Vladimir Babitsky was born before the Second World War and migrated West after Perestroika. The theory of vibro-impact systems that he developed helped create the world’s safest jackhammer and other record-breaking machines. The author has lived through a series of fascinating epochs: experiencing life under totalitarianism, witnessing the Soviet Union’s collapse, and then migrating to Europe as a specialist in his field. “On the Waves of a Pulsating World” is an animated and highly engaging story about the journey of an engineer; from childhood daydreams to creating new technologies, from East to West, and from concepts to realities. It is also the story of people who outshine authoritarianism.