Dacryocystorhinostomy is a commonly performed procedure for nasolacrimal duct obstructions of several etiologies, of which certain post-surgical secondary acquired lacrimal duct obstructions (SALDO) can be very challenging and can be difficult even for the experienced surgeons. This video elucidates the fundamentals of managing post-maxillectomy SALDO that will help the ophthalmology and otolaryngology surgeons. The video illustrates the use of very advanced techniques like stereotactic guidance for localizing lacrimal sacs in patients who do not have any identifiable landmark in the nasal cavity. It discusses the use of combined navigation assistance with an endoscopic approach for treating this condition. It lucidly explains surgical tips to deal with such difficulties.

This video serves as a useful link to the chapters with similar titles in the 2nd edition of the textbook ‘Principles and Practice of Lacrimal Surgery’ and also ‘Atlas of Lacrimal Drainage Disorders’, both edited and authored respectively by the author of this video, Dr Mohammad Javed Ali and published by Springer. The reader gets great details and bibliography, and images from these sources in addition to the surgical steps illustrated in the video for complete knowledge.

This video teaches the basics of managing post-maxillectomy secondary acquired lacrimal duct obstructions (SALDO) and the use of advanced techniques. 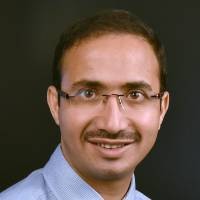 Mohammad Javed Ali is an internationally recognized clinician-scientist and currently heads the Govindram Seksaria Institute of Dacryology at the L.V. Prasad Eye Institute, India. He is currently the Hong-Leong Professor at NUHS, Singapore, and Gast Professor at FAU, Germany. Javed is among the rare recipients of the Senior Alexander Von Humboldt Award and the Shanti Swarup Bhatnagar Prize, the highest multi-disciplinary scientific award by the Government of India. He described 3 new diseases of the lacrimal system along with their classifications and clinicopathologic profiles. He was honoured by the 2015 ASOPRS Merrill Reeh Award for his path-breaking work on etiopathogenesis of punctal stenosis. His textbook “Principles and Practice of Lacrimal Surgery” is considered to be the most comprehensive treatise on the subject and his other treatise ‘Atlas of Lacrimal Drainage Disorders’, is the first of its kind. He is a section editor for 9 journals and has to his credit 423 publications at the time of this writing and has delivered 312 conference lectures, including 12 keynote addresses. He has conducted 25 instruction courses and 29 live surgical workshops and has been honoured by 32 national and international awards.

Principles and Practice of Lacrimal Surgery

This second edition of the highly successful and comprehensive text on lacrimal disorders presents the latest developments in this rapidly evolving field. The new edition includes six new chapters, additional...

Written by an expert in the field, this book is a comprehensive and up-to-date guide to the evaluation and management of lacrimal drainage disorders. Lacrimal disorders are one of the most common conditions...

This manual covers all aspects of endoscopic surgery of the lacrimal drainage system. Step-by-step descriptions are provided of endoscopic dacryocystorhinostomy (DCR) and its use in revision surgery,...

This video describes surgical anatomy of the lacrimal drainage system, principles of a dacryocystorhinostomy, indications for surgery, and overview of major surgical steps. The video lays the foundation for 5...

Hello. My name is Mohammad Javed Ali. And today we will discuss CT dacryocystography as a base imaging modality during stereotactic lacrimal surgeries for certain complex secondary acquired lacrimal duct obstructions.

A brief about myself. I head the Govindram Seksaria Institute of Dacryology and the LV Prasad Eye Institute in India. And I exclusively practice the lacrimal drainage sciences both as a clinician and as a basic science scientist.

The outline of the talk would be briefly take you through the stereotactic modality of operating certain lacrimal drainage disorders. And then we will discuss the utility of CT-DCG for stereotactic guidance. And we’ll exemplify it using a post-maxillectomy secondly acquired lacrimal duct obstruction.

Now if you look, navigation or stereotactic guidance is not only important for intraoperative localization of anatomical landmarks, but it is also very useful for geometric localization of certain targets. In this case, lacrimal sac, for example.

Now there are two modes of performing stereotactic guidance. One is through electromagnetic mode the first picture on the left that you see. Or the central picture that shows an optical mode of performing navigation, which is a little less cumbersome. The image on the right, extreme right actually, shows a tracker.

Now following whichever imaging modality, in this case, CT-DCG, those images are then uploaded into the navigation machine using softwares. And then this is followed by probe registration and confirmation of certain known anatomical landmarks. And once we do that, we are set for going ahead with the stereotactic [AUDIO OUT].

And this is how an intraoperative image would look. Now here, if you see the right lower one is an endoscopic image of the left nasal cavity where the surgeon is trying to assess the inferior extent of the osteotomy.

And then in the radiological images of coronal cuts, the green line that you see are called as crosshairs. And the intersection of this crosshair actually reflects the tip of the probe and where it is located.

CT-DCG is a well-known modality to not only delineate the lacrimal drainage system, but also to delineate pathologies mostly of anatomical nature.

Not only 2D but also 3D images can be obtained with the 3D volume reconstructions from the CT images. An example here is a right-sided lacrimal obstruction at the level of inferior portion of the lacrimal sac. Whereas the left side shows a patent lacrimal drainage system.

To exemplify, we will be discussing about one surgery where a 67-year-old female who had a maxillary carcinoma presented following a complete maxillectomy with complaints of a different discharge. And the surgery had happened three years back. And there was no evidence of any recurrence.

Well, if you look at the image of the endoscopy on the left side, there is no discernible anatomical landmarks that one can see. So in such situation, where would one go about localizing or performing a DCR? And that is stereotactic guidance helps.

The image on the right shows a three dimensional reconstruction of a CT-DCG which we will employ in this particular case. And there you can see that the right side the entire maxilla is not there. And there is a dilated sac with an abrupt ending at its lower part, obviously because of an iatrogenic excision of the nasolacrimal duct along with the maxilla.

Using the 3D CT-DCG, we can also reconstruct the same patient as a virtual model using navigation software like the one that you see here, the right-sided dilated lacrimal sac whereas the left side is patent and the dye has flowed into the inferior meatus.

Intraoperatively, actively using the virtual mode– this is a combination of a CT-DCG and virtual model in the same patient. Where you can see that, in the right lower column, the blue is a probe. And the red one is a delineated lacrimal sac, and where one is touching the lacrimal sac at that point.

And that can be confirmed by the coronal, sagittal, and axial sections where the crosshair intersection is at a nice dilated lacrimal sac.

So I hope and I’m very sure that this modality of management is here to stay and experienced lacrimal surgeons who deal with lot of challenges would find this very interesting. And I hope it is useful for everyone. Thank you.