Providing an introductory overview of leadership, this video emphasizes contemporary thinking in this vast and ever-changing field of scholarship. It explores up-to-date concepts that have risen in prominence in recent years, with critical analysis of hot topics such as charismatic leadership and the leader-follower dynamic. It also examines established modern leadership theories such as implicit leadership, leader-member exchange theory, transactional leadership, and transformational leadership, with the aim of providing a nuanced conceptualization of the topic.

Who This Video is For

Undergraduate, postgraduate and MBA students in business and management courses and those who are new to leadership and need a comprehensive overview and introduction. This video is ideal for anyone who is looking for a starting point from which to develop their leadership abilities.

Providing an introductory overview of leadership, this video emphasizes contemporary thinking in this vast and ever-changing field of scholarship. 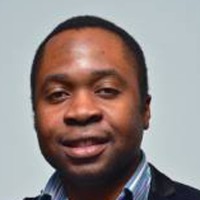 Dr. Christian Harrison is Lecturer in Management, Strategy and Leadership at the School of Business and Enterprise at the University of the West of Scotland, UK, where he is the programme leader of the MSc Leadership and Management.

A well-known scholar in the field of leadership, Dr. Harrison works across the globe on research projects. He also works extensively as a consultant, speaker, and trainer on leadership skills development within organizations. He is the founder of The Leadership Mould Initiative International, an NGO which supports students and moulds future leaders. He is the author of Leadership Theory and Research: A Critical Approach to New and Existing Paradigms (Palgrave Macmillan, 2018).

This book provides a concise yet comprehensive literature review on leadership. As well as offering critical insight into leadership research, the author addresses emerging paradigms and identifies new...

Leadership is a phenomenon observed in all organized human groups and is taught in business courses around the world, yet despite a large body of scholarship, it remains an elusive concept.

Emerging Paradigms of Leadership
A Critical Insight into Developing Theories

Providing an introductory overview of leadership, this video emphasizes cutting-edge and emerging theories, approaches and concepts of this fast-evolving field. The video demonstrates a radical shift from...

- Hello, I’m Dr. Christian Harrison. And I’m a leadership coach, expert and scholar and academic in a world renowned university in the United Kingdom and I’ve written several papers on leadership. I’ve also written a book on leadership, titled, “Leadership Theory and Research: A Critical Approach to New and Existing Paradigms.” In this video, titled, “Modern Paradigms of Leadership A Critical Insight into Contemporary Theories and Concepts,” we’ll be looking at the modern paradigms of leadership.