Focus Go through the basics of network security and penetration testing to begin your journey to becoming an ethical hacker: a skilled professional who looks for weaknesses and vulnerabilities in software systems and uses this knowledge to defend them from external breaches. You will learn the concepts of ethical hacking and look at issues from a hacker’s perspective.

The video is divided into six sections, covering various aspects of ethical hacking for a beginner to grasp. Starting with an introduction to the basics of ethical hacking, you will go through common terminologies used and also learn to install your first virtual machine. You will then take a look at various Linux terminal commands and also learn to perform basic operations with them. The following sections will introduce footprinting and vulnerability scanning, where you will learn how these processes work by going through examples. In conclusion, you will learn what exploitation is and how a minor vulnerability in the system can lead to a breach.

Anybody who is interested in learning ethical hacking/penetration testing and who wants to learn how to secure their websites and networks from hackers. 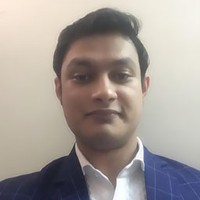 Focus on the key attacks you can use to detect flaws in websites and networks. You will begin by installing your virtual machine and Kali Linux on your system. You will also install your server and host a...

Focus Take the next step in enhancing your ethical hacking skills. Having completed the basic tutorial, you should have a firm grasp of the basics of ethical hacking. This course will cover key aspects of...