Johann Bauschinger (∗June 11th, 1834 in Nürnberg, Germany; †November 25th, 1893 in Munich, Germany) was a mechanical engineer and physician and professor with the focus on mechanics of materials.Open image in new window 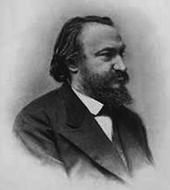 His father Johann Michael Bauschinger was a combmaker in Nürnberg. From 1850 Johann Bauschinger studied at the polytechnical school in Nürnberg and from 1853 mathematics, physics, and astronomy at the Ludwig-Maximilians-Universität in Munich. There the physicist Georg Simon Ohm was his mentor. In 1856 Bauschinger graduated as teacher for mathematics and physics. During his university education, he volunteered at the Munich observatory where he deepened his education in astronomy, mechanics, and metrology. Bauschinger was married with Katharina Strasser. Among their ten children was Julius, who became a famous astronomer and professor in Strasbourg.

In 1857 Bauschinger became teacher in Fürth and since 1866 was high school teacher...