Handbook of Healthcare in the Arab World 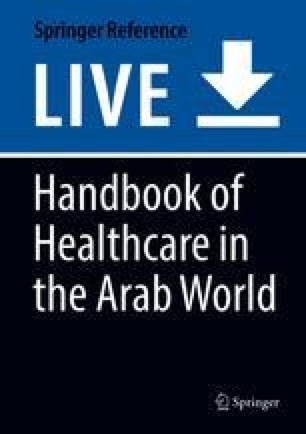 Hajj, the Pilgrimage to the Holy City of Makkah, Saudi Arabia, is one of the largest mass gatherings in the World. Due to the overcrowding, there is a risk of the transmission of infectious diseases from person to person, especially the risk of respiratory diseases. Since the emergence of Middle East Respiratory Syndrome Coronavirus, there was a significant interest in the risk that this posed to the Hajj. So far, there had been systematic surveillance of the virus among returning Pilgrims and no cases were identified in relation to the Hajj. However, there were two reported MERS-CoV cases related to the mini-Hajj, Umrah, in May 2014. Continued surveillance and vigilance are required to monitor and evaluate the risk in the future.

Hajj, the pilgrimage to the holy city of Makkah, Saudi Arabia, is one of the largest mass gatherings in the world. Due to the overcrowding, there is a risk of the transmission of infectious diseases from person-to-person, contaminated food or water, respiratory droplet, airborne transmission, and vector-borne transmission (Al-Tawfiq and Memish 2012a, 2015a; Gautret et al. 2016a). The potential for outbreaks due to person-to-person transmission, food and waterborne disease outbreak, fast and wide geographic spread of diseases, and the introduction of non-endemic diseases are all fearful events during mass gathering. Possible communicable diseases pattern during mass gathering include endemic diseases and imported and exported diseases.

The Hajj draws 3 million Muslims annually, and of these pilgrims, there are 2 million non-Saudis. The majority of 89% travel by air (Al-Tawfiq and Memish 2012a) from more than 180 countries. The Hajj journey is well described (Memish et al. 2014a). Pilgrims visit the Holy mosque in Makkah, the Plain of Arafat, Muzdaliffah and Mina where pilgrims stay in tents made particularly for pilgrims (Memish et al. 2014a).

The Saudi Ministry of Health pays particular attention to the Hajj with multiple committees. The preventive medicine committee oversees all public health and preventative matters during the Hajj (Memish et al. 2014a; Al-Tawfiq and Memish 2014a). The Kingdom of Saudi Arabia deploys a large number of public health officers to ensure compliance with health requirements. Those healthcare workers ensure compliance with required immunization and administer mandatory prophylactic medications (Memish 2010). There are strong public health teams who diligently monitor the occurrence of communicable diseases using an electronic surveillance (Al-Tawfiq and Memish 2012b). The surveillance particularly monitor influenza, influenza-like illness, meningococcal disease, food poisoning, viral hemorrhagic fevers, yellow fever, cholera, polio, and plague (Memish 2010; Al-Tawfiq and Memish 2012b). With the emergence of Middle East respiratory syndrome coronavirus (MERS-CoV), the disease became also a focus of surveillance especially during the Hajj. Coronaviruses other than MERS-CoV were detected in 0.6–0.8% of the tested population in regard to the Hajj seasons (Al-Tawfiq and Memish 2012b).

MERS-CoV causes a range of respiratory illness from a mild disease to a severe and life threatening infection. In one study, a three-phase illness was described and included the initial phase of fever and clinical stability probably representing viral replication, followed by an immunologic phase with clinical and radiographic deterioration and subsequent improvement (Al-Tawfiq and Hinedi 2018). In addition, asymptomatic cases had been described. Asymptomatic cases were reported in 12.5% of 144 confirmed MERS-CoV cases in 2012, and this rate was 25.1% among 255 confirmed cases (Al-Tawfiq and Gautret 2018). In children, the rate of asymptomatic cases ranged between 41.9% and 81.8% (Al-Tawfiq and Gautret 2018; Alfaraj et al. 2018; Al-Tawfiq et al. 2016a; Thabet et al. 2015; Memish et al. 2014b). There are three patterns of MERS-CoV infection: isolated sporadic cases, intra-family clusters, and healthcare-associated infections (Al-Tawfiq and Auwaerter 2018). The clinical presentation of most cases is consistent with respiratory illness and 33% of patients may have nausea, vomiting, or diarrhea (Al-Tawfiq et al. 2016b). Early symptoms are mild and nonspecific which last several days prior to progressing to severe pneumonia. There are no predictive signs or symptoms to differentiate MERS-CoV from community acquired pneumonia in hospitalized patients (World Health Organization 2015). There is an apparent heterogeneity in transmission. Severe disease is usually seen in primary or index cases, immunocompromised, and people with underlying comorbidities. Mild or asymptomatic disease usually occurs in secondary cases and was initially thought to be only in the young and previously healthy individuals. However, mortalities and severe cases were seen among primary cases and among young individuals (Corman et al. 2014). Although person-to-person transmission is definite, the route of transmission is still not clear. The median incubation period was 5.2 days (95% CI, 1.9–14.7), and the serial interval was 7.6 days (95% CI, 2.5–23.1) (Assiri et al. 2013b).

There are few studies describing co-infection of MERS-CoV with influenza A, parainfluenza, herpes simplex, and Streptococcus pneumonia and tuberculosis (Alfaraj et al. 2017a, b; World Health Organization 2013).

The main diagnostic test for MERS-CoV is based on real-time reverse-transcription polymerase chain reaction (PCR). The samples are either Dacron-flocked nasopharyngeal swabs or sputum samples (Assiri et al. 2013b). The PCR test amplifies both the upstream E protein (upE gene) and ORF1a for MERS-CoV. The best samples for the diagnosis of MERS-CoV is lower respiratory samples as these samples have lower Ct values (higher viral load) and were present later in the course of the disease (Assiri et al. 2013b; Memish et al. 2014c). This also in line with WHO recommendations (World Health Organization 2015).

History of MERS-CoV in Relation to the Hajj

In the recent years, two novel corona viruses emerged and posed a global threat. These are SARS-CoV in 2003 and MERS-CoV in 2013. It was shown that there were no cases of SARS linked to the Hajj (Al-Tawfiq et al. 2014b). The first two MERS-CoV infections occurred weeks before the 2012 annual Muslim Hajj season. The first MERS case was in a Saudi Arabian patient (Zaki et al. 2012) and the second was in a patient from Qatar who was transferred to London (Pebody et al. 2012). The initial 2012 Hajj season started few weeks after the first case of MERS-CoV infection was reported (Memish et al. 2014d). However, there were no reported cases among pilgrims in 2012 (Kandeel et al. 2011; Rashid et al. 2008; Al-Tawfiq et al. 2013; Memish et al. 2013b). Thus, the Saudi Ministry of Health (MoH) utilized the MERS-CoV case definition for monitoring any occurrence of the disease during Hajj for early detection of cases among pilgrims (Al-Tawfiq and Memish 2014a). An enhanced surveillance system was established for the detection of MERS-CoV cases. The disease remains limited to the Middle East with the exception of sporadic travel-associated infections and the large outbreak in South Korea (Sridhar et al. 2015; Kim et al. 2016; Korea Centers for Disease Control and Prevention 2015; Pavli et al. 2014). In one study conducted during September 2012–October 2013, 77 travelers from the Middle East met the possible case definition for MERS and 2 of them tested positive for MERS (Sridhar et al. 2015). In a small study of 14 retuning pilgrims, all patients were hospitalized for respiratory symptoms and none of them tested positive for MERS-CoV in Marseille France in October 2013 (Gautret et al. 2014). Furthermore, nasopharyngeal swabs were collected from suspected cases and all samples tested negative for MERS-COV (Memish et al. 2014d). Another small study of seven pilgrims was conducted in 2014 in Austria, and none had MERS-CoV (Aberle et al. 2015).

Systematic Screening for MERS-CoV Among Attendees of the Annual Hajj

Systematic screening of MERS-CoV among pilgrims

Screening of symptomatic pilgrims for MERS-CoV

Recommendations for Pilgrims in Relation to MERS-CoV

As MERS-CoV emerged in 2012, there were no specific recommendations targeting the newly emerging virus. In October 2012, updated recommendations on health hazards and recommendations for Hajj 2012 were published (Al-Tawfiq and Memish 2012b). The 2012 Hajj season was concluded with no cases of MERS-CoV among pilgrims. More 300 ill pilgrims were tested for MERS-CoV and all were negative (Al-Tawfiq et al. 2013). There are no special recommendations for pilgrims in regard to MERS-CoV infection. Pilgrims are advised to practice proper hand hygiene, protective behaviors, and cough etiquette. It is also recommended that pilgrims avoid contacts with camels (Al-Tawfiq and Memish 2012b). In addition, in 2015, Saudi Arabia banned the sacrifice of camels for Hajj and discouraged visits by pilgrims to camel barns during Hajj activities (Gautret et al. 2016b).

MERS-CoV infection remains very rare among pilgrims. There were extensive surveillance of pilgrims for the existence of MERS-CoV, but all were negative. However, two cases were detected among returning travelers after performing Umrah (mini-Hajj). Continued surveillance and vigilance are required to further enhance public awareness and inform evidence-based practices.