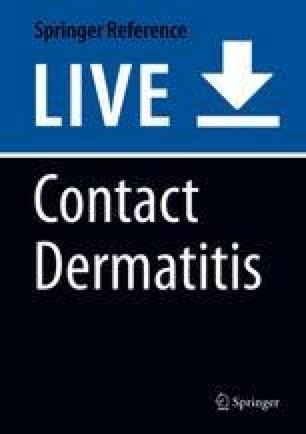 When facing a possible drug eruption, it is of outmost importance to characterize the clinical pattern and obtain a complete history of drug exposure and its chronologic relation with the onset or aggravation of cutaneous lesions. After resolution of the eruption, patch testing can be used as a safe form of cutaneous provocation to confirm the culprit drug and cross-reactive chemicals. A positive test performed according to the recommendations is highly specific and reproducible, even after long intervals. Patch testing can be performed as a first step before an oral challenge, which has more risks and is contraindicated in severe drug eruptions.

It is advised to patch test all possible culprits and related drugs, as patch testing can also be used to study concomitant sensitizations and cross-reactions, which can vary with the drug, way of exposure and pattern of the drug reaction. A positive cross-reactive reaction can advise future drug avoidance, whereas a negative reaction can be an indication for using the drug in an oral challenge to ascertain its safety.

Methodology and interpretation of patch testing in drug eruptions is similar to allergic contact dermatitis. As there are few commercialized patch test substances, in most cases drugs have to be prepared in-house, whenever possible in a final dilution of the active principle at 10% pet. Application on the back and occlusion for 48 h is recommended except in fixed drug eruptions where duplicate tests are needed, one of them applied for 24 h on a residual lesion.

Patch test reactivity with drugs depends mainly on the culprit drugs and on the clinical pattern of the eruption. Patch testing is positive mostly in maculopapular exanthemas, DRESS, and fixed drug eruptions and less often in SJS/TEN. For drugs like abacavir, carbamazepine, pristinamycin, and tetrazepam, patch tests are almost always positive, and reactivity to aminopenicillins and other antibiotics, diltiazem, and radiocontrast media and some NSAIDs is usually above 20% or higher in selected cases with high clinical imputability. Allopurinol and sulfasalazine cannot be identified by patch testing, and sensitivity of patch tests for several drugs is not known.

Therefore, a negative patch test cannot exclude a possible culprit, but a positive patch test is almost always relevant, can confirm drug imputability, evaluate cross-reactions, and study the mechanisms involved in the reaction.