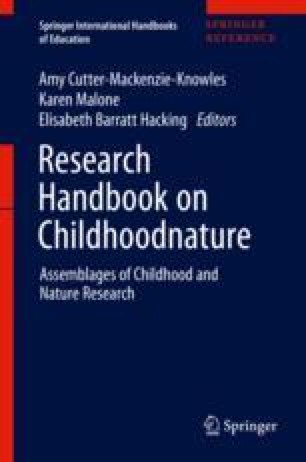 From early childhood onward, Rachel Carson’s relationship to nature was both imaginative and scientific, involving both literature and firsthand investigations of her homeplace. Later in life, Carson shared in a speech that, “I can remember no time, even in earliest childhood, when I didn’t assume I was going to be a writer. Also, I can remember no time when I wasn’t interested in the out-of-doors and the whole world of nature. Those interests, I know, I inherited from my mother and have always shared with her” (Carson, Lost woods: The discovered writings of Rachel Carson. Beacon Press, Boston, 1999, p. 106). Carson’s mother recognized her daughter’s gifts and surrounded her with opportunities to learn in two complementary directions: creative writing and nature study. This chapter examines the development of Carson’s famous “sense of wonder” through her own childhood immersion in the early twentieth-century nature study movement, as well as through her relationship with children’s literary magazines, particularly St. Nicholas. Like other exemplars of literary environmental history, Carson’s early childhood experiences nurtured the development of an artistic sensibility as well as a responsiveness to, and curiosity about, the more-than-human world. Carson’s aesthetic made her a best-selling author who catalyzed the modern environmental movement with Silent Spring. But her success as a writer and legacy as an activist were rooted in “the sense of wonder” – a phrase that would become the title of her last, posthumously published book. Today, The Sense of Wonder remains an ecological manifesto that summons learners and educators of all ages to keep alive this vital sense in our own lives.