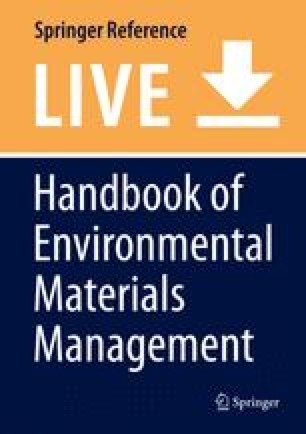 Critical Assessment of Existing Environmental Legislation and Policies in India, Its Benefits, Limitation, and Enforcement

The problem of environmental pollution has attained international dimension due to rapid industrialization and urbanization, increased population growth, and overexploitation of natural resources leading to disruption of ecological balances. The problem is more pronounced and significant for developing countries like India. In this context, a regulatory framework is necessary for protection of existing enriched environmental system and integration of environmental realities while making decisions on economic issues and activities related to urban growth. Development of a comprehensive environmental policy in India poses several challenges including regulatory framework covering all aspects of environmental protection, modification of existing legislation for better achievement of its objectives, and establishment of governing boards for implementation of the framed and modified legislation. Other concerns involve political, social, and economic compromises made for development of infrastructure utilizing eco-friendly technology, implementing our international obligations through national legislation and creating awareness on other environmental issues. The Indian Government introduced two articles 48A and 51A in the Constitution of India in 1976 to tackle the issues of environmental pollution. While article 48A empowers the state to protect forest and wildlife of the country Article 51A gives powers to the citizens of the country for improvement and protection of the environment. Hence, the powers of the two articles combined as per the constitutional guidelines give sufficient power to both state and citizens for protection of the environment. In this context, the Environmental Protection Act was envisioned which subsequently led to enactment of different acts including Water (Prevention and Control of Pollution) Act , 1974; the Water (Prevention and Control of Pollution) Cess Act, 1977; the Air (Prevention and Control of Pollution) Act, 1981; the Environment (Protection) Act, 1986; Public Liability Insurance Act, 1991; the National Environment Tribunal Act, 1995; the Wildlife (Protection) Act, 1972; and the Forest (Conservation) Act, 1980. The enactments of the acts show that India had taken a definitive approach for environmental protection but the biggest lacunae observed was the enforcement of these acts strictly in case of reported violations. Hence, there is an immediate need to ensure proper enforcement of the constitutional mandate and other environmental laws as the effectiveness of those policies is diluted due to nonenforcement. The book chapter discusses the existing Indian environmental legislation and policies, their suitability and drawbacks in the present context, proposed changes to such policy, and methods on effective implementation of these legislation.