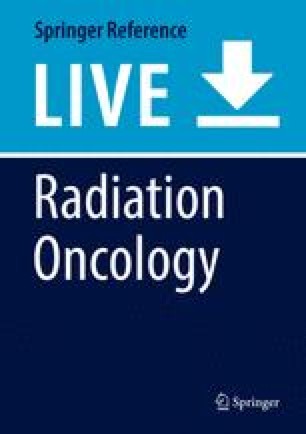 The Cell Cycle Phases and Radiosensitivity

In order to divide and produce two identical daughter cells, human cells pass through several cell cycle phases (Fig. 1). Resting, nondividing, cells are in G0-phase and may be able to enter the cell cycle depending on growth factors and other stimuli. In G1-phase cells are growing and preparing for DNA replication. The DNA replication thereafter takes place during S-phase, where the cellular DNA content is duplicated. After S-phase, the cells enter G2-phase, where cells are preparing for M-phase (mitosis). Finally, in M-phase the DNA is separated and the cell divides into two identical cells. The length of the cell cycle varies between different cell lines mainly due to differences in the duration of G1-phase. Typically, for cultured human cell lines the G1-phase lasts for 3–24 h, S-phase 6–8 h, G2-phase 3–4 h, and M-phase about 1 h. The progression from one cell cycle phase to the next is tightly controlled and is driven by the activities of several Cyclin-CDK complexes, specific for each cell cycle transition.
It has long been known that radiosensitivity can be dependent on cell cycle phase (reviewed in Withers (1975a) and Pawlik and Keyomarsi (2004)). Experiments performed with irradiation of synchronized cells in vitro have shown that late S-phase cells are usually most radioresistant, while mitotic cells are most radiosensitive (Fig. 2) (Sinclair 1968). Notably, the difference in radiosensitivity between the most sensitive and resistant cell cycle phases can be as large as the difference in radiosensitivity for hypoxic versus normoxic cells (Fig. 2). The mechanisms explaining such cell cycle effects on radiosensitivity are not fully understood, but different use of repair pathways between the various cell cycle phases is likely involved. For instance, Homologous Recombination (HR) repair takes place in S- and G2-phase after DNA replication of the DNA strand is completed (Hustedt and Durocher 2016), which coincides with radioresistance in late S-phase. Indeed, experiments directly comparing the radiosensitivity of S/G2-phase populations from HR deficient versus HR proficient cells support that HR repair contributes to cause radioresistance in these cell cycle phases (Tamulevicius et al. 2007; Wilson et al. 2010). Moreover, mitotic cells are defective in DNA double strand break repair (Hustedt and Durocher 2016), coinciding with radiosensitivity.

Furthermore, cell cycle phase effects on radiosensitivity can be important when radiotherapy is combined with chemotherapy or new targeted drugs. Drugs administrated several hours or days prior to irradiation may alter the cell cycle phase distribution and thereby cause radioresistance or radiosensitivity. For instance, drugs causing the tumor cells to accumulate in mitosis before irradiation will likely cause radiosensitivity (Milas et al. 1999). On the other hand, there may be no radiosensitizing effect if such drugs are added after irradiation. In some cases the same drug can even cause either radiosensitivity or radioresistance, depending on the treatment timing and resulting cell cycle effects. For example, an inhibitor of Polo-Like Kinase 1 caused mitotic accumulation and radiosensitization in cancer cell lines when added 1 day prior to radiation treatment, while it caused prolonged G2 checkpoint arrest and radioresistance if added at the same time as radiation (Lund-Andersen et al. 2014).

A classic paradigm in radiobiology is that radiation causes so-called mitotic death (also called mitosis-linked death or mitotic catastrophe) (Hall and Giaccia 2006; Wouters 2009). This means that radiation does not kill the tumor cells right away but that cell death occurs at some point after the first mitosis following irradiation. The irradiated cells may undergo one, two, or a few divisions before they die hours or days later (Forrester et al. 1999).

Mitotic death is caused by chromosome damage occurring as a consequence of unrepaired or misrepaired radiation-induced DNA breaks. In the presence of such chromosome damage, problems arise in mitosis when the cell needs to separate the DNA to produce two identical daughter cells (Fig. 3, (Syljuåsen et al. 2004)). For instance, chromosome fragments lacking centromeres may not be incorporated into any of the two daughter nuclei, thereby causing micronucleus formation in the daughter cell cytoplasm. Also, chromosome damage may cause the genetic material to be unevenly distributed between the two nuclei of the daughter cells. Cell death will then occur at a later stage when a daughter cell is lacking an essential protein, due to lack of new protein production because the gene is missing in the nucleus (Brown and Attardi 2005). The exact mode of cell death occurring after the defective mitosis depends on which protein is lacking in the cells. Several death mechanisms can occur post mitosis, such as necrosis, apoptosis, autophagy, and senescence.

Mitotic death is the most common way of radiation-induced cell death for all solid tumors and most of hematopoietic tumors. However, for some hematopoietic tumors and a few normal cell types, such as normal lymphocytes and thymocytes, radiation can induce rapid death in interphase (G1, S, and G2 phases) prior to mitosis. In the latter case, apoptosis is triggered due to activation of radiation-induced signaling cascades (Wouters 2009).

It is well known that radiation causes cells to transiently arrest the progression through the cell cycle (Iliakis et al. 2003). This arrest takes place at the so-called cell cycle checkpoints in G1, S, and G2 phases (Fig. 4). The G1 checkpoint prevents damaged cells from entering S-phase and is largely dependent on the tumor suppressor p53 and its downstream target p21 (Di Leonardo et al. 1994; Brugarolas et al. 1995). Radiation leads to activation of p53, which induces transcription of the CDK inhibitor p21, leading to inhibition of the Cyclin/CDK activity necessary to progress from G1 to S-phase. Notably, due to p53 mutations or other defects in the p53 pathway, the G1 checkpoint is most often lost or defective in tumor cells (Nagasawa et al. 1998; Syljuåsen et al. 1999). Defective G1 checkpoint control thus represents a major difference between cancer and normal cells. The S-phase checkpoint does not stop the cells at a specific point in the cell cycle but is manifested as reduced DNA replication during the whole S-phase. Irradiated cells are thus moving more slowly through S-phase. The S-phase checkpoint depends on the cell cycle kinase Wee1 and on radiation-induced activation of the ATR-Chk1 pathway (Sørensen et al. 2003; Beck et al. 2012). The G2 checkpoint halts the cells in late G2 phase and is the last checkpoint before cells enter mitosis. The G2 checkpoint is activated in both tumor and in cycling normal cells. Although the length varies between cell lines, a typical length of G2-arrest for human cells is about 2–3 h per Gy. Similar as for the S-phase checkpoint, activation of the G2 checkpoint requires the ATR-Chk1 and Wee1 pathways (Sanchez et al. 1997; Cliby et al. 1998; Liu et al. 2000; Wang et al. 2001; Zhao and Piwnica-Worms 2001). The immediate G2 checkpoint measured within the first couple of hours after irradiation is also dependent on ATM kinase, as the checkpoint is partly abrogated in cells lacking functional ATM. However, at later time points after radiation the checkpoint is ATM-independent and cells lacking ATM rather show a prolonged ATR/Chk1- dependent G2 checkpoint (Xu et al. 2002; Wang et al. 2003).

The cell cycle checkpoints are important to provide time for DNA repair before cells are reaching mitosis. As discussed above, irradiated cancer cells often die via mitotic death. It is therefore critical whether or not the DNA damage is repaired prior to the first mitosis after radiation. Some repair pathways, such as HR and slow versions of Non-Homologous-End-Joining, take many hours to complete (Iliakis et al. 2004; Jeggo et al. 2011), and a few hours arrest at the cell cycle checkpoints can therefore make a difference in preventing mitotic death. Of note, arrest at the cell cycle checkpoints can also sometimes be permanent, thereby being a way of causing cell inactivation through senescence. Particularly, in normal fibroblasts radiation can induce permanent p53-dependent G1 arrest, which contributes to the cell inactivation of fibroblasts measured in clonogenic survival assays (Li et al. 1995; Tsang et al. 1995; Linke et al. 1997). However, after irradiation of fibroblasts with low doses such as 2 Gy, only a fraction of the cells will arrest permanently. A transient G1 arrest is observed in the remaining fraction, likely contributing to DNA repair.

Abrogation of the G2 Checkpoint as a Strategy for Tumor Radiosensitization

As mentioned above, a major difference between normal and tumor cells is that irradiated tumor cells often lack a normal G1 checkpoint. It was proposed that tumor cells lacking the G1 checkpoint may depend more on the S and G2 checkpoints for repair of the radiation damage compared to normal cells harboring an intact G1 checkpoint. Consequently, G2 checkpoint abrogation has been suggested as a strategy for tumor-selective radiosensitization (Fig. 5) (reviewed in (Dixon and Norbury 2002; Ma et al. 2011; Syljuåsen et al. 2015)). When the G2 checkpoint is abrogated after irradiation, normal cells can still arrest at the G1 checkpoint, which may support repair of the damage. However, p53 defective tumor cells will enter mitosis without having sufficient time for repair, and thereafter die via mitotic death. Notably, noncycling normal cells (in G0-phase) would also not be affected by G2 checkpoint abrogation. Early studies with drugs abrogating the G2 checkpoint, such as Caffeine, showed clear radiosensitizing effects (Busse et al. 1977; Russell et al. 1995). In order to obtain more clinically applicable drugs, several small molecule inhibitors of the ATR, Chk1, and Wee1 checkpoint kinases were developed over the past two decades (Pilie et al. 2019). Of note, such checkpoint kinase inhibitors will abrogate both the S and G2 checkpoints, and they can also affect other cellular responses such as DNA repair and replication (Syljuåsen et al. 2015). Interestingly, recent studies suggest that checkpoint kinase inhibitors can also influence anti-tumor immune responses after radiation (Vendetti et al. 2018; Dillon et al. 2019). A number of preclinical and clinical studies are currently exploring the effects of ATR, Chk1, and Wee1 inhibitors in combination with radiotherapy. These studies are carried out with different cancer cell types and the results will be interesting to follow in the next few years.

In conclusion, variation in tumor radiosensitivity between different cell cycle phases is one of the rationales behind fractionation in radiation therapy. Such variation in radiosensitivity can be important when radiotherapy is combined with drugs that alter the cell cycle phase distribution. Furthermore, the induction of cell cycle checkpoints in G1, S, and G2 phases is a major cellular effect of radiation. Notably, differences in the G1 checkpoint between normal and tumor cells may be exploited to obtain tumor-selective radiosensitization through G2 checkpoint abrogation. For this purpose, inhibitors of the ATR, Chk1, and Wee1 checkpoint kinases are currently being tested in combination with radiotherapy in preclinical and clinical studies.