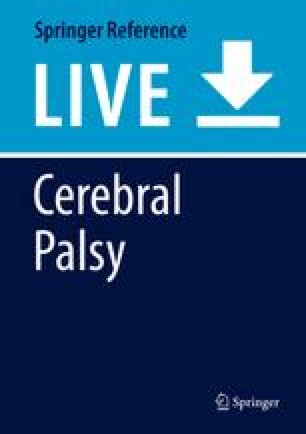 Diplegic pattern (bilateral) involvement in children with cerebral palsy (CP) has a wide spectrum, blending with the quadriplegic pattern at the more neurologically severe end of bilateral involvement and blending with the hemiplegic pattern on the more severely asymmetric end of the spectrum. It is not as easy to make severity grouping such as is defined for hemiplegia in large part because of variability and blending in children with diplegia. There are definitely children with mild diplegia and children with severe diplegia, but these groups seem to be opposite ends of a standard distribution curve with a mean being moderate involvement. Severity of involvement tends to increase from distal to proximal similar to hemiplegia; however, there are few children with diplegia with only ankle involvement. Most children with diplegia have some hip, knee, and ankle involvement. The method for planning treatment that is easy to remember and relates directly to the treatment plan is based on the age of children rather than on the individual severity. Young children under age 5 are primarily managed with physical therapy and orthotics occasionally using botulinum toxin injections for severe spasticity. It is during this stage that consideration of general spasticity reduction with the use of dorsal rhizotomy or intrathecal baclofen can also be entertained. Treatment in middle childhood between the ages of 5 and 10 should focus on correcting impairments such as toe walking, flexed knee gait, and severe torsional deformities of the lower extremities. At this age corrections usually are done at a single event multilevel surgery (SEMLS) with muscle lengthening and occasionally correction of torsional malalignments. Adolescence to growth maturity between ages 10 and 16 years is the time when final deformity corrections are preformed, often with foot stabilization, further muscle lengthening, and bone alignment correction.