Handbook of Theory and Research in Cultural Studies and Education 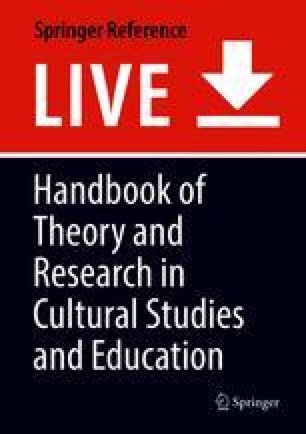 This chapter will seek to explicate the ways in which living in our current liquid modern time (Bauman 2011; Bauman Z, Liquid modernity. Polity Press, Cambridge, 2012) is having a direct impact on the lives of young people everywhere, specifically in regard to media consumption. Liquid modernity is a time of endless consumption and disposability, with no clear beginning or end, no solid bonds, no clear line between public and private lives, and a state of constant surveillance. These characteristics of liquid modernity intersect with media consumption in such a way that young people are unable to make sense of the ways in which media is influencing their own self-identity, as well as their views of others and the ways that they work to understand those who may be different than they are. Looking at the ways in which these two major forces combine, the need for critical media literacy in schools becomes clear.

Cite this entry as:
Ligocki D. (2020) Youth Consumption of Media and the Need for Critical Media Literacy in the Time of Liquid Modernity. In: Trifonas P. (eds) Handbook of Theory and Research in Cultural Studies and Education. Springer International Handbooks of Education. Springer, Cham. https://doi.org/10.1007/978-3-030-01426-1_2-1