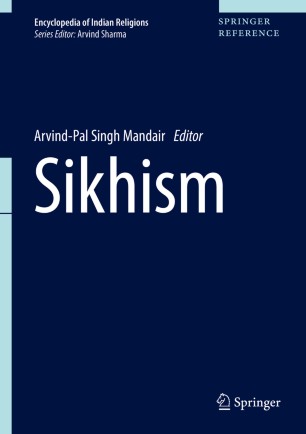 This volume describes Sikhism, the youngest member of the Indic religious traditions. It looks at the striking features of this tradition and describes its birth in the fifteenth century and its continual evolution between the sixteenth and late twentieth centuries into an independent formation often described as the “world’s fifth largest religion”. The volume explains how Sikhism arose at a time of religious and political ferment, a fact which left its mark on its interactions with other traditions, notably Islam, Christianity and Hinduism. The volume illustrates that Sikhism’s  political aspirations may not have been fully met by the establishment of the nation state of India in 1947, as indicated by the demand by its adherents for greater autonomy which occasionally has spilled over into claims for independence. It pays attention to the fact that Sikhism is isomorphic with Buddhism and Jainism inasmuch as the demographically minority status of all of these religious traditions conceals the vast influence they have exerted on the Indian landscape. In addition the volume analyses the relationship between complex themes such as violence and mysticism, politics and religion, tradition and modernity, as they have manifested themselves in the historical evolution of the Sikh community. It provides a useful introduction to the lives of its founders, their philosophical and ethical teachings and to Sikh responses and interactions with the world’s major religious traditions in an increasingly pluralistic world.