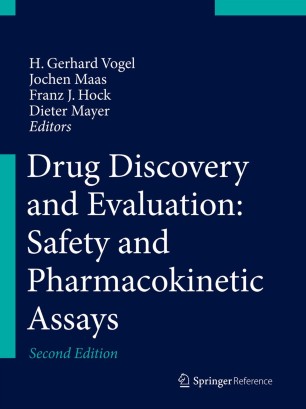 Safety aspects have become an outstanding issue in the process of drug discovery and development. Until 15 years ago safety aspects were addressed by pharmacological testing of the selected compound in high doses in tests directed at indications other than the intended indication of the new compound. These tests were followed by pharmacokinetic studies, which were mainly aimed at confirming of a suitable half-life time and at oral activity. Safety aspects relied mostly on toxicity studies, which however gave information on changes of organ structure rather than on organ function. Toxicological and pharmacokinetic studies were adapted to the progress of studies in clinical pharmacology and clinical trails. But the success rate in the pharmaceutical industry and the introduction of new chemical entities to the market per year dropped dramatically, whereas the development time for a new compound increased, sometimes exceeding the patent protection. A change of strategy was therefore adopted, involving the following changes:

-          Parallel instead of sequential involvement of the various disciplines (multidimensional compound optimization).

-          The term "Safety Pharmacology" was coined. The International Conference on Harmonization (ICH) founded a Safety Pharmacology Working Group. Easily accessible and the most informative tests now have to be selected.

-          Exposure of a drug to the body by pharmacokinetic studies on absorption, distribution, metabolism and excretion has to be investigated at an early stage of development and can contribute to the selection of a compound for development.

The book is a landmark in the continuously changing world of drugs. As such it is important reading for many groups: not only for all students of pharmacology and toxicology but also for physicians, especially those involved in clinical trials of drugs, and for pharmacists who have to know the safety requirements of drugs.

The book is absolutely essential for scientists and managers in the pharmaceutical industry who are involved in drug finding, drug development and decision making in the development process.

In particular, the book will be of use for government institutions and committees working on official guidelines for drug evaluation worldwide.