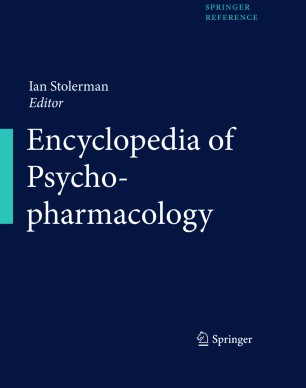 Psychopharmacology is the study of the effects of psychoactive drugs on the functioning of the central nervous system at all levels of analysis, thus embracing cognition, behaviour, psychological states, neurophysiology, neurochemistry, gene expression and molecular biology. It includes, as an integral part of its domain, the interaction of environmental and genetic factors with psychoactive drug action, their medicinal and social uses, and their abuse.

Entries will fall into several main categories: Methods, techniques and target systems (explaining nature of a technique and its uses and limitations) - Drugs and classes of drug (mainly describing effects and mechanisms of action) - Psychiatric states (explaining drugs used to treat them) - Miscellaneous currently interesting topics that do not fall within the above (e.g. cognitive enhancement, regulation and licensing, substance use in religious rituals).