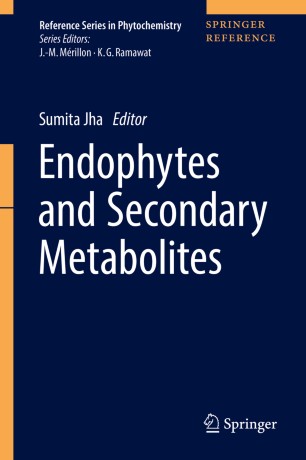 This reference work presents an authoritative review of endophytes and their applications to human welfare. Endophytes have become a class of interesting and curious microorganisms due to their intimate intra- and intercellular association with plants for competence, survival and reproduction. They can be bacteria or fungi, and they are usually non-pathogenic to their host. Endophytes have important applications in agriculture and industry, namely, they can help with plant growth, act as biocontrol agents and biosurfactant and secondary metabolite producers, and they are also rich sources of bioactive natural products.Novel and beneficial effects of endophytes are constantly emerging, and this book, divided into four sections, provides readers with the latest developments in this fast expanding field. In the first section, readers will discover the biology of the major groups of endophytes, followed by a summary of conventional and molecular tools for endophytes’ identification in Section II. The production of high-value metabolites by endophytes will be explored in the third section of this book, and in the final section, readers will find several case studies, examples and prospects for endophytes’ application in agriculture and industry.

Written by leading international authors, this reference work will appeal to a wide readership, from students and researchers in the field of botany, biotechnology and agriculture to professionals interested in the production and applications of endophytic metabolites.

Sumita Jha (nee Mukherjee) received her M.Sc. (1975) and Ph.D. (1981) from the University of Calcutta, Kolkata, in India. She joined the same University as UGC (New Delhi) Research Scientist in 1985 and as a faculty member in Botany in 1990. She was appointed Associate Professor in 1993 and became Professor in 2001. She served as Program Coordinator of UGC Centre of Advanced Study in Botany (2004–2015), as Head Department of Botany (2007–2009), and as Head Department of Genetics (2009–2011; 2013–2014), Calcutta University. She has been involved in teaching courses on plant biology, plant genetics, and biotechnology. Prof. Jha’s group has developed transgenic cell and organ cultures in a number of rare, endangered indigenous medicinal plants for the production of high-value pharmaceuticals. Her research is supported by funding from the Department of Science and Technology and the Department of Biotechnology, Government of India. Prof. Jha, under an Indo-French Project funded by IFCPAR/CEFIPRA (2002–2005), developed a strong collaboration with Dr. David Tepfer, INRA, Versailles, France, leading to the development and exchange of novel methods and information on secondary metabolism in transformed plant cell and organ cultures, and proposing that natural transformation operates as an adaptive resource in evolution, particularly in plant–microorganism interactions. She also visited AFRC Institute of Food Research (Plant Biotechnology Group), Norwich, UK (1991), and Plant Science Division, Nottingham University, Nottingham, UK (1999), as Visiting Scientist under Royal Society–Indian National Science Academy scientist exchange program.Prof. Jha has published more than 130 research papers in internationally recognized journals and 20 book chapters. To her credit, Professor Jha has mentored 20 students toward their Ph.D., and 5 are working on their Ph.D. thesis. She has served on various advisory committees and has garnered prestigious awards for her contributions to academic excellence. Notable among these are the INSA Science Academy Medal for Young Scientist (1983), the Prof. Hiralal Chakravarty Award by ISCA (1989), the UGC Career Award for young teachers (1994–1997), Fellow of the National Academy of Sciences, India (2008), and Fellow of the West Bengal Academy of Science and Technology (2015).