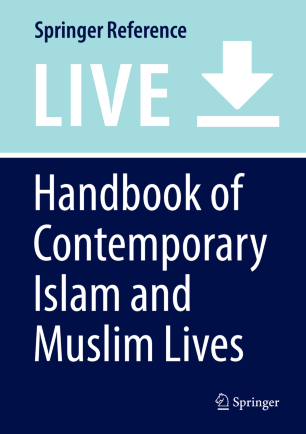 This is a comprehensive handbook which for the first time provides a general yet detailed discussion of contemporary Islam and various aspects of Muslim lives. It offers a much needed tool for an introduction to the world of contemporary Muslim life and debate, and a link of continuity between the Muslim world and Muslims living and born in the West. The reader gains access to articles by leading scholars who observe phenomena in a post-9/11 context and from a global viewpoint. The topics have been carefully selected to provide the reader with both the necessary general view that a good handbook must offer while presenting details and information, as well as ethnographic examples, to inspire further research and interest. Indeed, each chapter will offer topical reading suggestions from which one can expand the material discussed in the chapter. The approach of the handbook is mainly social-anthropological, but attention is given to other disciplines like history, geography, political studies, as well as gender studies and cultural studies.

Mark Woodward is Associate Professor of Religious Studies and is also affiliated with the Center for the Study of Religion and Conflict at Arizona State University. He is currently Visiting Professor of Comparative Religion at Gadjah Mada University and Sunan Kalijaga State Islamic University in Indonesia. In 2008 he was Visiting Associate Professor at the S. Rajaratnam School of International Studies, Nanyang Technological University in Singapore. He has a B.A., M.A. and Ph.D. in anthropology from the University of Illinois Urbana-Champaign. His research focuses on religion-state-society relations and religion and conflict in Southeast Asia. He is author of Islam in Java. Normative Piety and Mysticism in the Sultanate of Yogyakarta, Defenders of Reason in Islam (1989)and Java, Indonesia and Islam (2010) co-author (with Richard Martin and Dwi Atmaja) of Defenders of Reason in Islam. Mutazilism from Medieval School to Modern Symbol (1997) and editor of Towards a New Paradigm: Intellectual Developments in Indonesian Islam (1996). He has published more than fifty scholarly articles in the US, Europe, Indonesia and Singapore, many co-authored with Southeast Asian scholars. He is currently directing a trans-disciplinary, multi-country project on counter-radical Muslim discourse.
Ronald Lukens-Bull has written significant works on the Anthropology of Islam. His 1999 theoretical article, "Between Text and Practice: Considerations in the Anthropological Study of Islam," Marburg Journal of Religion 4 (2): 10-20, 1999 has been reprinted and widely cited. Lukens-Bull addressed methodological and ethical issues in his 2007 article "Lost in a Sea of Subjectivity: The Subject Position of the Researcher in the Anthropology of Islam," Contemporary Islam: Dynamics of Muslim Life. 1(2):173-192. His ethnographic research has focused on Islamic education in Indonesia starting with traditional Islamic education in A Peaceful Jihad: Negotiating Modernity and Identity in Muslim Java (Palgrave McMillan, 2005), which examines how this community is engaging globalization through curriculum revisions. More recently, Lukens-Bull has held a Fulbright Senior Scholar grant which allowed him to examine Islamic higher education and the debates surrounding curriculum shift which in the current political climate leads to accusations of apostasy and in extreme cases barely veiled death threats. Theoretically, this work is important in understanding counter-radical discourses within the context of other Islamic discourse.  This was published in 2013 as Islamic Higher Education In Indonesia: Continuity and Conflict (PalgraveMcMillan, 2013).

His current research looks at the history and contemporary practices of GP Ansor, a youth movement with militia elements associated with Nahdlatul Ulama, the largest Islamic organization in Indonesia.