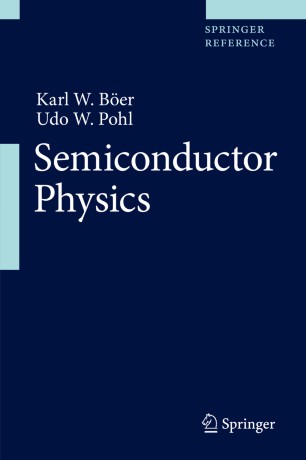 Dr. mult. Karl Wolfgang Böer, distinguished professor of physics and solar energy, emeritus, University of Delaware, is fellow of AAAS, APS, ASES and IEEE. He has given over the last
five decades classes in solid state physics and semiconductor physics at the Humboldt University and the University of Delaware, and has given keynoote addresses at numerous
international conferences; he has published extensively in 380 papers, 14 monographs, was editor of 23 international conference proceedings and has obtained 18 patents, all in the field
of semiconductor physics and engineering, and in solar energy conversion. He has obtained highest honors from the University of Delaware, the American Solar Energy Society and the International Solar Energy Society, aside of a multitude of other awards. In his research, he was first in measuring the Franz-Keldysh effect, discovered high field domains that now carry
his name, the condensation of excitons and numerous properties of cadmium sulfide. He created physica status solidi in 1960 and is still one of its editors, he also created the Series
Advances in Solar Energy in 1978 and was its editor in chief until 1992. The University of Delaware has issued the prestigeous solar energy award in his name that is given biannually to one of the world's leaders in solar energy research and industry.

Prof. Dr. Udo W. Pohl studied physics in Aachen and Berlin, Germany, and received his Ph.D. degree in 1988 from the Technical University of Berlin, where he is currently principal
investigator in the Institute of Solid State Physics. He is member of the German Physical Society, participated in committees of international conferences, and has given lectures on
semiconductor physics and epitaxy since the early 1990ies. In 2009, he was appointed as an Adjunct Professor of Physics at Technical University of Berlin. He has authored over 200
journal articles and conference papers, the monograph "Epitaxy of Semiconductors", ten book contributions, and two patents. His current research interests include physics and epitaxy of
semiconductor nanostructures and devices.