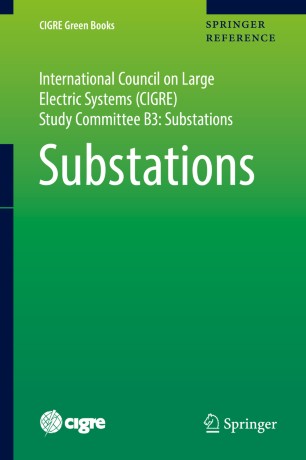 This handbook offers the whole knowledge of high voltage substations from their design and construction to the maintenance and the ongoing management, the entire asset life-cycle. The content of the book covers a range of substation topologies: Air-Insulated, Gas-Insulated and Mixed Technology Switchgear Substations together with the essential secondary systems. Additionally specialized substations such as ultra high voltage (UHV), offshore substations for wind power plants and the use of gas insulated lines are included.

The book includes topics, providing information for increased reliability and availability, asset management, environmental management aspects, and the adoption of appropriate technological advances in equipment and systems in substations.

The book was written by more than 30 experts from around the world and assembled through the Cigré study committee on Substations. This guarantees that the book contains information that is based on the global exchange and dissemination of unbiased information for technical and non-technical audiences.

Although there are other works containing references to Substations, this book is designed to provide a complete overview of the topic in one book, providing a valuable reference for anyone interested in the topic.

CIGRE Study Committee B3 is responsible for the design, construction, maintenance and ongoing management of substations and for electrical installation in power stations, excluding generators.

SC B3 serves a broad range of target groups in the Electric Power Industry whose needs include the technical, economic, environmental and social considerations of this scope in varying degrees.

Major objectives include increased reliability and availability, asset management, environmental impact containment, and the adoption of appropriate technological advances in equipment and systems to achieve these objectives.

Terry Krieg was born in Gawler, South Australia, where he currently resides. He studied electrical engineering at the University of South Australia following a Certificate of Electrical Engineering and an apprenticeship as an Electrical Instrument Maker. He was appointed Chairman of the CIGRE Substation Study Committee B3 (Substations) in 2012. In a career that spans more than 40 years in the power sector, he has held senior management and technical positions at a number of Australian power utilities in generation, transmission, and distribution, where he led the introduction of new approaches to maintenance, substation design standardization, online condition monitoring, asset management, and risk management. He has held senior technical roles including major substation design, test and commissioning, condition monitoring, high voltage, and diagnostic testing of high voltage network plant. An honors (first class) graduate of the University of South Australia (Bachelor of Engineering – Electrical), he is also a Fellow of the Institute of Engineers Australia (FIEAust) and a Registered Professional Engineer Queensland (RPEQ). He is an endorsed assessor for the asset management specification BSi PAS-55:2008 and, as a consultant, assists companies to develop asset management practices aligned to ISO 55000. In addition, Terry is a graduate of the Australian Institute of Company Directors. He has presented more than 45 engineering and management papers and keynote addresses on aspects of substations, strategic asset management, diagnostics and monitoring, and the management of power networks to a number of international industry conferences and events.

John Finn worked initially in the electricity supply industry in the UK in protection, operation and maintenance, and system studies. He then joined private industry working with contractors on power station and substation projects in the UK and overseas at voltages up to 500 kV and as diverse as the initial 400 kV supergrid for China Light and Power to project-managing the power supplies for the Channel Tunnel between England and France. In his role as an in-house engineering consultant with Siemens in the UK, he was involved in developing the onshore and offshore substation designs associated with offshore wind farms. He has been involved in CIGRE as Area Advisor on Substation Concepts from 2002 to 2006 and convenor of working groups on “standardization and innovation” and “guidelines for offshore substations.” He received the Technical Committee Award for contributions to Study Committee B3 in 2006 and the Distinguished Member Award in 2008. He is currently Secretary for the UK National Committee of CIGRE.