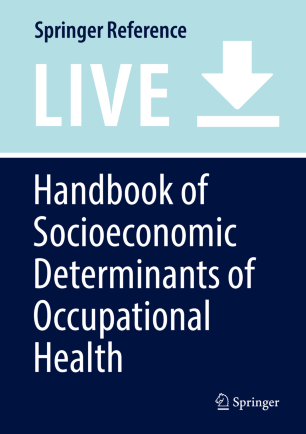 From Macro-level to Micro-level Evidence

This handbook provides a summary of more than two decades of international research on one of the leading theoretical models of work stress research; effort-reward imbalance. Consisting of 3 parts and 8 sub-parts, this essential reference work deals with theory and methods, review of research evidence on health effects, new findings from Asia, Australia, and Latin America, and model extensions and interventions. This book has a selective theoretical focus, and the large majority of chapters is restricted to the meso-level of organizational research. With a combination of research evidence derived from macro-, meso- and micro-level investigations, the inclusion of a broad spectrum of material and psychosocial occupational stressors, and with its unique focus on socioeconomic determinants this handbook offers a valuable source of information to a broad audience interested in occupational health science.

Töres Theorell is Emeritus Professor at Stockholm University. He presently serves as scientific consultant for the Institute for Stress Research at the university and is active at the department of Neuroscience at the Karolinska Institute, Sweden. Between 1967 and 1978, Theorell worked as a physician in internal medicine. From 1979 he has been a researcher in stress medicine and social medicine. Between 1995 and 2006 he was Director of the Swedish National Institute for Psychosocial Factors and Health and was also a professor at the Karolinska Institute. Since the mid-1980s he has published in the area of cultural participation and health. Theorell´s research covers diverse areas in health, from epidemiology to clinical observational studies and controlled interventions. Physiological stress mechanisms relating to cardiovascular disease has been one of Theorell´s most prominent areas of work. Theorell has been the first author or co-author of more than 400 original publications in international, peer-reviewed scientific journals. He has also contributed chapters to numerous handbooks and textbooks in English. He has, for instance, contributed to the Handbook of Culture and Health (eds Clift, Camic, Wilson,  Oxford University Press, forthcoming). His most widely quoted publication was with Robert Karasek (Healthy Work, Basic Books, New York, 1990).

Sections in the Handbook: