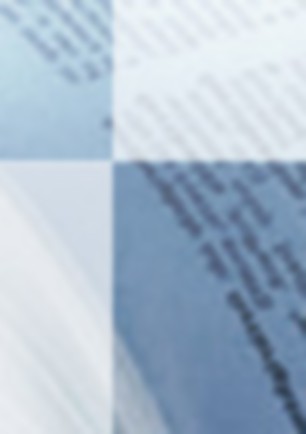 The first edition of The Prokaryotes, published in 1981, took a bold step to become the most comprehensive and authoritative encyclopedic handbook on prokaryotes. Another important step was taken with the second edition in 1992, when the chapters were organized on the basis of the molecular phylogeny as a rational, evolutionary basis for the taxonomy of the prokaryotes. By then, the two volumes of the first edition had expanded to four.

With the decision to publish the handbook electronically, the third edition was the boldest step of all. The advantages were obvious and persuasive: essentially unlimited space, no restrictions on the use of color, and the inclusion of film and animated illustrations. Nevertheless, the affection for a printed handbook was highly underestimated and during the first 5 years of the continuously evolving online version, a growing demand for a new print edition was voiced by the scientific and corporate community.

Thus, Springer is now publishing a third edition in printed form. In total, 7 volumes will make up this new fully revised and updated version. Compared to the second edition, this edition will contain 85% new contents, printed in color throughout. It will be ideally suited for research centers in academia and in the corporate world that need reliable and up-to-date information on the biology of the prokaryotic organisms.

Professor of Microbiology and Immunology at Stanford University School of Medicine, USA; Former Assistant Chief of the Department of Bacterial Immunology at the Walter Reed Army Institute of Research

Professor of Microbiology at Tel Aviv University, Israel; Associate Professor at the Department of Bacteriology & Institute of Molecular Biology, University of California at Los Angeles (1967-1970); Member of the Israel Committee for Emerging Diseases

Professor and Head of the Department of Microbiology, Technical University of Munich, Germany

Awards and Honors: Full Member of Bergey´s Manual Trust; President of the International Union of Microbiological Societies; Körber Award for European Scientific Research; Award of the Society of Hygiene and Environmental Medicine; Ferdinand-Cohn-Medal

"The second, expanded edition of The Prokaryotes has been extensively rewritten and restructured to reflect the many advances that have occurred in bacteriology during the past decade. Well over 250 eminent, internationally recognized scientists have served as authors for its more than 220 chapters. … The Prokaryotes, Second Edition, will undoubtedly become a prime reference source for all biologists interested in theoretical and applied microbiology, microbial ecology, and microbial genetics." (February, 1992)

"The present edition of The Prokaryotes appeared some three years after the publication of the last volume of the most recent edition of Bergey’s Manual. … The many illustrations are well-chosen and uniformly excellent and the diagrams … are crisp, clear and well laid out. The well-known house style of Springer-Verlag has been used to excellent effect … . In the perspective of time the influence of the Prokaryotes will be seen as very substantial indeed. That is why its wide availability must be ensured." (M. Sussman, Letters in Applied Microbiology, October 1992)

"This four-volume second edition, appearing 11 years after the first, with a somewhat altered subtitle, is a monumental and highly successful undertaking by 276 contributors covering logically, comprehensively, and authoritatively most aspects of prokaryotic biology in 237 separately authored articles. … Most articles have photos and are richly referenced. Any microbiologist … can browse through the book (even in areas he or she knows well), learn something, and enjoy it." (ASM News, Vol. 58, November, 1992)

"The Prokaryotes, as its subtitle indicates, seeks to be a handbook on the biology of bacteria. … The organism-oriented approach to the subject led to a major discovery that had a great impact on the entire biology community. … All the chapters are written by leading experts in the field. The four volumes include a comprehensive index, which makes them easy to use. The printing quality is excellent." (Volkmar Braun, American Scientist, Vol. 80, 1992)

"This is a much improved edition of what already was an outstanding publication. The Prokaryotes is by far the most comprehensive treatise in microbiology available today. … In summary, this is an impressive work of more than 200 specialists that should be of great interest to all microbiologists. A very thorough index with extensive cross reference facilities the finding of the topics of interest for the eventual reader." (Jorge E. Galan, The Quarterly Review of Biology, Vol. 69, March 1994)