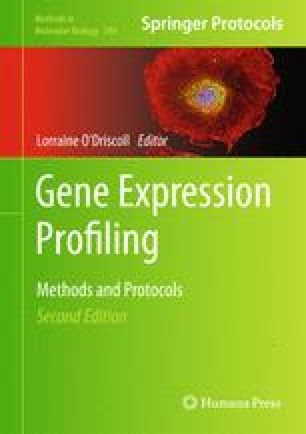 The presence of extracellular nucleic acids has been reported in serum/plasma from cancer and diabetes patients that may help in disease diagnosis. Taking insulin-producing cells as examples here, RT-PCR was used to investigate a correlation between the presence and amounts of extracellular mRNA(s) and cell mass and/or function. RT-PCR was performed on a range of mRNAs, including Pdx1, Npy, Egr1, Pld1, Chgb, InsI, InsII, and Actb in biological triplicate analyses.

In 1948, Mandel and Metais first reported detection of nucleic acids in plasma (1). Extracellular nucleic acid presents a good potential to be used as a tool for early diagnosis of disease. Extracellular RNA is detected in the serum and plasma of various forms of cancer and diabetes patients (2, 3, 4). DNA and mRNA from foetal origin have been discovered in the plasma of pregnant women (5, 6, 7).

There are many laboratory techniques developed to evaluate mRNA levels. The most commonly used technique to amplify nucleic acid is the reverse-transcriptase polymerase chain reaction (RT-PCR). This is a very sensitive method, and the genes expressed in very low levels are also detectable after exponential amplification. For this study, medium conditioned by a range of insulin-producing cell types, including glucose-responsive and nonresponsive murine beta cells, MIN6 (L) and (H), respectively, a glucose-responsive clonal population of MIN6 (MIN6 B1), and monkey kidney fibroblast cells engineered to produce human insulin (Vero-PPI) were used. Vero-PPI cells were previously engineered to produce human (pro)insulin (8). MIN6 B1 was seeded at a range of densities (1  ×  106, 5  ×  106, and 1  ×  107) to investigate if the abundance of specific mRNAs detectable in conditioned media (CM) reflected the cell numbers conditioning the medium. A number of transcripts, including pancreatic and duodenal homeobox gene-1 (Pdx1), early growth response gene 1 (Egr1), chromagranin B (Chgb), insulin I (InsI), insulin II (InsII), neuropeptide Y (Npy), phospholipase D1 (pld1), and paired box transcription factor 4 (Pax4) were investigated.

PCR was invented by Kary Mullis, and was awarded Nobel Prize for this (9). The word “polymerase” is derived from the enzyme DNA polymerase that plays an important role in copying DNA during replication or mitosis. PCR is the molecular biology technique used to exponentially amplify a DNA template using a thermal cycler. Selective and repeated amplification of the cDNA is performed using primer (consisting of complimentary sequences to the target) and DNA polymerase enzyme. Taq polymerase is the DNA polymerase enzyme isolated by Thomas D. Brock in 1976 from the thermophilic bacterium Thermus aquaticus, hence the name “Taq” polymerase (10).

Reverse-transcriptase is a polymerase enzyme that transcribes single-stranded RNA into single-stranded DNA called complementary DNA or cDNA using oligo dT primer, gene-specific primers or random oligomers. Reverse transcription reaction could be carried out using total cellular RNA or poly(A) RNA, reverse-transcriptase enzyme, and primers, and can be converted into cDNA for further amplification using PCR. mRNA is isolated from tissues, cells, serum, CM, or any other desired samples and RT reaction is carried out using these mRNA. This chapter deals with performing RT-PCR using cell and CM RNA. CM is the medium that had been conditioned by cells for 48 h (see Note 1).

2.2 Isolation of RNA from Cells and CM

RNA from cells and their CM are isolated using TRI Reagent and are quantified using NanoDrop. RNA is easily degraded by ubiquitously present RNase (ribonuclease) enzymes, so precaution should be taken prior to RNA work. All Eppendorfs, PCR tubes, Gilson pipette tips, etc., should be RNase-free, and disposable nitrile gloves should be worn.

Proper controls should be included to ensure that the amplified product is of RNA origin, and not from contaminating genomic DNA. Some of the relevant controls to include involve analysing samples after DNase treatment; after RNase treatment; and without reverse-transcriptase enzyme – an enzyme which is necessary for the formation of cDNA on an mRNA template. Water, on its own, should also be included as a control to determine the presence of any contaminant (PCR-VE and RT-VE). Treatment with DNase enzyme would destroy any contaminating DNA leaving only RNA, with RNase enzyme would destroy all RNA leaving only genomic DNA if any (see Note 5).

3.1 Preparation of Conditioned Media and Cells

3.2 Isolation of RNA from Cells and CM

To digest any contaminating genomic DNA from RNA isolates, cell and CM samples are treated with RNase-free DNase as follows:

To digest all RNAs present in aliquots from all cell and CM samples, treat with RNase ONE Ribonuclease as follows: