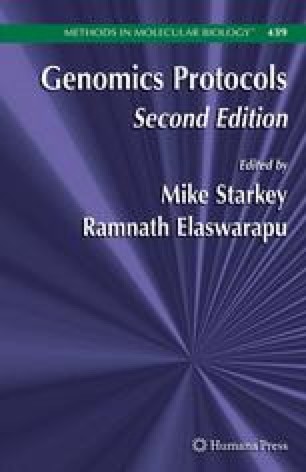 The mammalian two-hybrid system is a very powerful tool to investigate protein-protein interactions in terms of functional domains and identify potential binding ligands and partners of a protein. Compared with the yeast two-hybrid system, the mammalian two-hybrid system provides the milieu for the bona fide posttranslational modifications and localizations of most eukaryotic proteins and, therefore, should be a better choice to study proteins of mammalian origin. This chapter depicts the detailed experimental procedures adapted by various laboratories. Researchers with experience in molecular biology could modify the procedures according to their own needs, that is, the choice of restriction sites in the cloning process. The reference list could be of use to researchers who wish to understand more of the system and explore its wider applications.

Protein-protein interaction is one of the most important mechanisms utilized by mammalian cells to regulate a variety of cellular and molecular activities, such as transcription, translation, signal transduction and enzyme reaction [1, 2]. Proteins of microorganisms also interfere with host cell proliferation and functions by interacting with intracellular proteins [3]. There are various methods to characterize protein-protein interactions including coimmunoprecipitation, mass spectrometry [4], chemical cross-linking [5], and the two-hybrid system [6, 7], which has been used widely in recent years because of its high-throughput screening capability and powerful ability of isolating unknown binding partners of a protein. The first two-hybrid system was yeast based and was introduced by Fields and Song in 1989 [8]. It is composed of two GAL-based transcription activation domains of Saccharomyces cerevisiae, one is the DNA binding domain (DBD) domain, while the other is the transcription activation domain (AD). To perform the two-hybrid analysis, an X gene is cloned into a two-hybrid vector fusing to DBD, with a Y gene cloned into another two-hybrid vector fused to the AD. If the X protein interacts with Y protein, the DBD and AD domains come into close proximity and form an active transcription activation complex (Fig. 22.1). The complex binds to and activates its cognate promoter sequence, which is linked to a reporter gene(s), such as Lac Z, or an essential nutrient [8]. These gene products generate distinctive phenotypes that can be easily recognized by a change of color of yeast colonies or a gained ability to grow in nutrient-deficient media.

A lot of modifications have been made to improve the sensitivity and specificity of the two-hybrid system: the addition of more reporter genes and genetic alterations of the DBD and AD domains, such as the LexA system [9, 10]. However, the yeast-based two-hybrid assay has its limitations. One major issue is that posttranslational modifications such as glycosylation in yeast can be quite different from that in mammalian cells. In addition, the intracellular milieu that supports the protein-protein interaction in yeast is different from that of mammalian cells [11, 12]. Therefore, when considering the study of interactions of proteins derived from mammalian cells, the yeast system may not be able to provide the optimal intracellular environment. To alleviate the pitfalls of the yeast two-hybrid system, the mammalian two-hybrid system was introduced.

The design of the mammalian two-hybrid system is similar to that of the yeast two-hybrid system, which is composed of two vectors carrying DNA binding domain and DNA activation domain, respectively, in two mammalian expression vectors. Two genes of interest (X and Y) are cloned into the vectors and fused with DBD and DA, correspondingly. The interaction of protein X to protein Y brings the DBD and AD to a close proximity and forms the transcriptional activation complex, which binds to the promoter of a reporter gene encoded in a reporter plasmid and starts the gene transcription. The reporter genes can be secreted alkaline phosphatase (SEAP), chloramphenicol acetyl transferaseor (CAT), or luciferase [13, 14, 15]. GAL4 DNA binding domain and herpes virus DNA transcription activator VP16 are commonly used in mammalian two-hybrid systems [16]. This chapter depicts the general procedure adopted by various laboratories.

2.1 PCR and Cloning of Genes of Interest into Mammalian Two-Hybrid Vectors

3.1 PCR Amplification of Genes of Interest and Preparation of Mammalian Two- Hybrid Vectors

3.2 Cloning PCR Genes of Interest into of pM, pVP16 Vectors

In designing the primers, EcoRI and BamH I sites were added to the 5′ ends of the two PCR primers not present in the genes to be cloned. Cloning at EcoRI site fuses the gene of interest in frame with both DBD and AD domains.

3.2.4 Screening for Clones That Contain the Gene of Interest

There are many ways to screen for colonies that contain the gene of interest. In this protocol, we introduce a PCR-based screening, which is fast, simple, specific, and economical.

Note: In the array of transfection for mammalian two-hybrid analysis, the pM, pVP, and pG5SEAP plasmid constructs are added in 2:2:1 ratio. Each combination should be transfected in triplicates or quadruplicates to obtain the optimal level of standard deviation for SEAP analysis.

We thank Alina Radziwon, Melissa Ballantine, and Todd Cutts for their contributions to the mammalian two-hybrid analysis. This work was supported by the Research Funding for Public Health Agency of Canada.