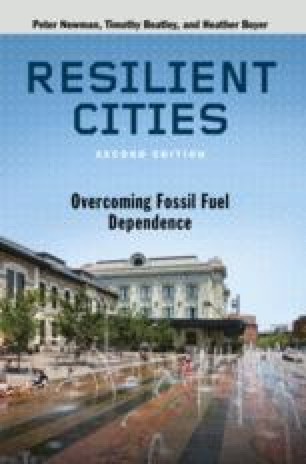 A city is only as resilient as its most vulnerable residents. A resilient city provides access to healthy food, clean water and air, safe transportation infrastructure, healthy buildings, and health services for all citizens. But as the economic divide increases between the haves and have-nots, the health disparities increase, leaving the neediest with the fewest resources to face any type of disruption. “The gap between the rich and the poor in most countries is at its highest levels since 30 years,” according to the report prepared by the United Nations’ 2016 Habitat III Conference in Quito, Ecuador, which created the New Urban Agenda referred to in this chapter’s opening quotation. In cities in much of the developed world, air pollution levels have lowered as cars and industry have been regulated to reduce their emissions, while air pollution is rising in many of the worlds’ poorest cities. In the United States, as markets have responded to the demand for walkable, transit-oriented neighborhoods, those with access are increasingly upper-class residents, while lower-income residents retreat to the more affordable areas, where they are often left with limited access to jobs and few healthy transportation options. Todd Litman, executive director of the Victoria Transport Policy Institute, reports: “On average, the lowest income quintile (fifth of households) spends 40% of its budget on housing and 15% on transportation, leaving little money for other important goods. If lower-income households cannot afford healthy food or healthcare, the actual cause is usually high housing and transportation costs, since for each dollar spent on food and healthcare they typically spend three to five dollars on housing and transport.” While many reports of the resurgence of urban centers are largely stories of success, they reflect only part of the picture of these urban regions, where different zip codes may reflect very disparate health realities. If the global knowledge economy is creating new jobs in dense urban centers, then how do we manage the growing loss of jobs and access to jobs on the fringes of our cities as they become fringes of the economy?

Victoria Transport Policy Institute Poorest Cities Dense Urban Centers Increasing Health Disparities United Nations Human Settlements Programme
These keywords were added by machine and not by the authors. This process is experimental and the keywords may be updated as the learning algorithm improves.

The New Urban Agenda is an ambitious agenda which aims at paving the way towards making cities and human settlements more inclusive, [ensuring that] everyone can benefit from urbanization, paying particular attention to those in vulnerable situations. It is a vision of pluralistic, sustainable, and disaster resilient societies that foster green economic growth. Above all it is a commitment—a commitment that we will all together take the responsibility of one another and the direction of the development of our common urbanizing world.