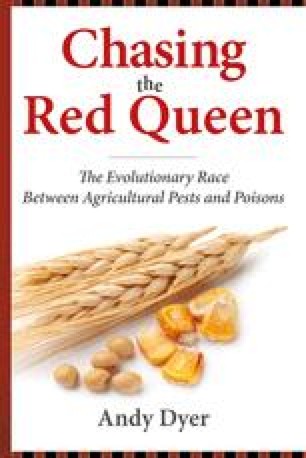 Survival of the Fittest: Darwin’s Principles

The annual global sales for the agro-chemical industry now approach $40 billion. How did it come to this? Three generations ago, very few chemicals were used to combat farm pests, and those were mostly natural compounds such as sulfur, or they contained elemental toxins such as copper, arsenic, and mercury, or they were some kind of plant extract. Since the late 1940s, with the introduction of synthetic fungicides and organophosphate insecticides, agriculture has become increasingly dependent on the use of chemicals to control the ever-increasing number of pests on the modern farm. There are very few farmers who are not financially dependent on synthetic compounds created by a chemical industry whose primary purpose—now—is to develop new chemicals or technological fixes to replace the old chemicals. The new chemicals will be used to combat the existing armies of pests, and the new compounds will be, even in the short term, largely ineffective. And there is no possible way to anticipate future farm pests except to know that there will be more of them and that the array of species will include those we already have. That is to say, even with the chemical technology of today, we will never eliminate the pests we already have and, in fact, they will only become worse.

Synthetic Chemical Organophosphate Insecticide Small Organism Synthetic Pesticide Synthetic Fungicide
These keywords were added by machine and not by the authors. This process is experimental and the keywords may be updated as the learning algorithm improves.
This is a preview of subscription content, log in to check access.

Cite this chapter as:
Dyer A. (2014) Survival of the Fittest: Darwin’s Principles. In: Chasing the Red Queen. Island Press, Washington, DC