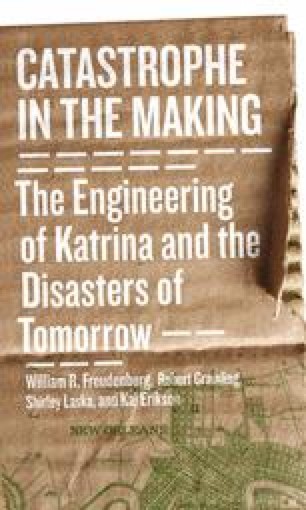 The Collapse of Engineered Systems

By 1963, a narrow preliminary channel of MRGO had been excavated all the way to the Gulf of Mexico, allowing a ship named the Del Sud to make the first trip along the canal’s full length. The entire project was officially declared complete five years later, or a decade after construction started, in 1968. If any one event could be said to have crystallized and broadened local concerns about MRGO, that event would have come near the midpoint between the first vessel and the official completion, when Hurricane Betsy slammed ashore in 1965. The storm created a much higher level of flooding than had been expected, and it first gave MRGO the nickname of “the hurricane highway.” 1

Storm Surge Army Corps Drainage Canal Sheet Piling Natural Levee
These keywords were added by machine and not by the authors. This process is experimental and the keywords may be updated as the learning algorithm improves.
This is a preview of subscription content, log in to check access.