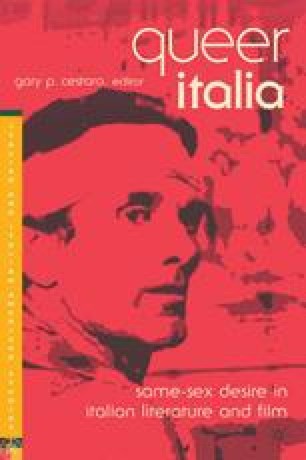 The Dead Sea of Sodomy: Giordano da Pisa on Men Who Have Sex With Men

Between the years 1303 and 1307 and again in 1309, the Dominican friar Giordano of Pisa (ca. 1260–1311) undertook an active and popular preaching ministry in the city of Florence. Some seven hundred of Giordano’s Florentine sermons survive from these years (most likely written down by several different recorders as they were being delivered), and they reveal a preacher at the height of his powers. Certainly erudite in their content (Giordano quotes a wide range of secular and religious authorities from the classical era as well as his own), these sermons also reflect the talents of a preaching friar able to sermonize effectively on a wide variety of topics to an audience he understood very well. To the citizens of the Florentine commune Giordano condemned the practice of vendetta and urged them to build a city of fraternal love; to bankers and merchants he warned of the dangers of avarice and usury; to women he spoke about the virtues of marriage and the evils of prostitution; and to people of all classes he engaged in catechetical preaching—expounding on the tenets of Christianity and explaining the mysteries of the faith to his listeners.1

Thirteenth Century Male Homosexual Homosexual Activity Male Sodomite Divine Plan
These keywords were added by machine and not by the authors. This process is experimental and the keywords may be updated as the learning algorithm improves.
This is a preview of subscription content, log in to check access.