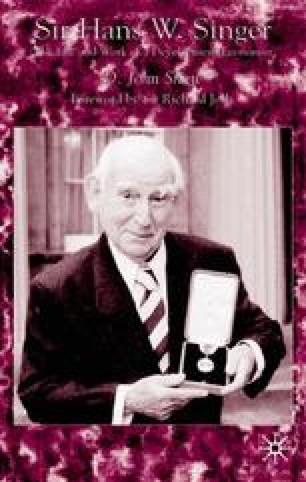 With the inauguration of President Kennedy in January 1961, a new and positive relationship was established between the UN and the US in what has been described as the ‘halcyon days’ of the world body. A newly accepted principle of international solidarity and burden-sharing in development co-operation had expressed itself in a greater willingness to give assistance to developing countries. In this favourable political climate, President Kennedy, in his first address to the UN General Assembly on 25 September 1961, proposed that the 1960s be designated the ‘United Nations Decade of Development’. He said:

Political sovereignty is but a mockery without the means of meeting poverty and illiteracy and disease. Self-determination is but a slogan if the future holds no hope. That is why my Nation, which has freely shared its capital and technology to help others help themselves, now proposes officially designating the decade of the 1960s as the United Nations Decade of Development. Under the framework of that Resolution, the United Nations’ existing efforts in promoting economic growth can be expanded and coordinated. New research, technical assistance and pilot projects can unlock the wealth of less developed lands and untapped waters. And development can become a cooperative and not a competitive enterprise — to enable all nations, however diverse in their systems and beliefs, to become in fact as well as in law free and equal nations. (US, 1961, p. 623)

The UN General Assembly responded by passing a resolution on the ‘United Nations Development Decade’ (1710 (XVI)) on 19 December 1961.

Advanced Country Develop Land Skilled Personnel Great Willingness Rapid Social Change
These keywords were added by machine and not by the authors. This process is experimental and the keywords may be updated as the learning algorithm improves.
This is a preview of subscription content, log in to check access.