Retirement on the Rocks 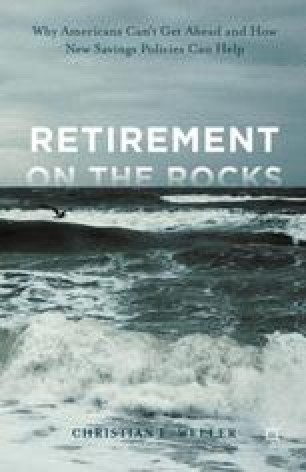 The Elusive Goal of a Secure Retirement

Imagine you are on a sinking ship in a violent storm. Some passengers are outfitted with state-of-the-art survival suits and are directed to sturdy life rafts. But most passengers get tattered life vests and are told to sink or swim. Rather than reaching sunny shores, this latter group is treading water, fending for themselves. That is what retirement savings looks like for most households these days.

Social Security Private Saving Household Saving Retirement Saving Elusive Goal
These keywords were added by machine and not by the authors. This process is experimental and the keywords may be updated as the learning algorithm improves.

How would you personally define what a secure retirement means to you?1