Feminism and Avant-Garde Aesthetics in the Levantine Novel 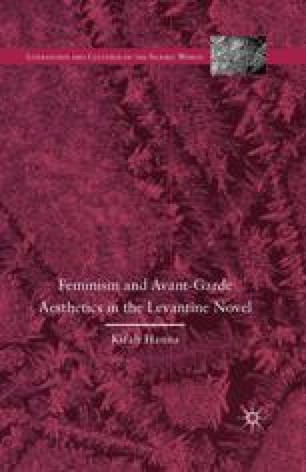 The Vicious Cycle: Contemporary Literary Feminisms in the Mashriq

As early as Mary Wollstonecraft and the rise of the feminist movement in Western Europe, feminist concerns with rights and representation, power and patriarchy, labor, education, and independence have found concrete articulation in literature. While the Arab feminist writers on whom this book focuses have often shared similar concerns with their Western counterparts, these have been substantially reconfigured in context of the sociopolitical specificities of family, religion, ethnicity, class, nation, and region in the Middle East. Questions of womanhood and feminism, of human rights and women’s rights, of women’s roles in the private and public spheres, and of their renegotiations of national identity formations, among others, have received new inflection in the work of Arab feminists confronted, even until the present, with the cultural given of women’s inferior biological, intellectual, social, and political status. Further, such feminists have had to write in the face of a publishing industry largely predominated, at least until the 1960s, by men. Under such conditions, the idea of feminism itself, anything but an easy Western import, becomes a problem to be newly addressed by each successive generation of Arab feminist writers. The literature that has resulted thus challenges our core conceptions of feminism, of the relationship between literature and society, and of the nature of sociopolitical engagement while foregrounding, and attempting to overturn, the plight of women in the Middle East.

Vicious Cycle Arab Woman Woman Writer Egyptian Woman Gender Prejudice
These keywords were added by machine and not by the authors. This process is experimental and the keywords may be updated as the learning algorithm improves.
This is a preview of subscription content, log in to check access.

Cite this chapter as:
Hanna K. (2016) The Vicious Cycle: Contemporary Literary Feminisms in the Mashriq. In: Feminism and Avant-Garde Aesthetics in the Levantine Novel. Literatures and Cultures of the Islamic World. Palgrave Macmillan, New York. https://doi.org/10.1057/9781137545916_2