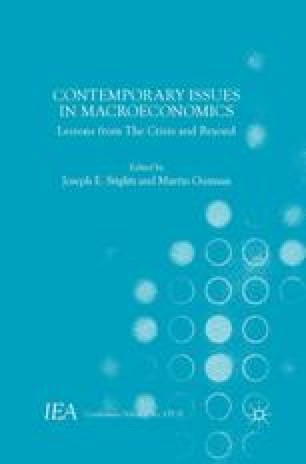 Recent events in the US and Europe have witnessed the limitations of conventional macroeconomic models to predict and explain large economic recessions and crises, and to provide guidance for policies that attempt to resolve them.

Labor Supply Labor Income Aggregate Demand Tradable Good Aggregate Consumption
These keywords were added by machine and not by the authors. This process is experimental and the keywords may be updated as the learning algorithm improves.