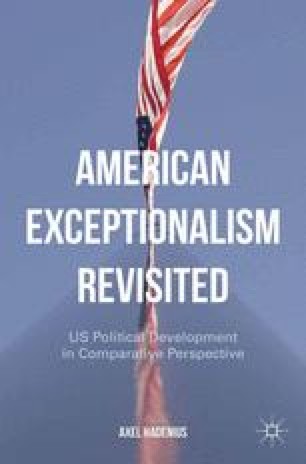 The Political Power of Courts: Judicial Supremacy, with Restrictions

This chapter describes the development and exercise of judicial review, an institutional feature that was long peculiar to the United States. I show that special conditions have laid the basis for this practice, and that there are certain limits to the ascendancy that the judiciary can enjoy. Furthermore, a review of the persons who have been appointed to the Supreme Court reveals a changing—and at the same time telling—pattern over time. An international comparison, finally, makes clear that fundamental judicial conditions in Latin America have long differed from those in the United States (as indeed they continue to do in some countries in that region). In other parts of the world, not least in Europe, an evident convergence with the US pattern can be noted. In several countries, however, the political rationale behind this convergence has been different, as has the actual institutional setup.

Judicial Review Constitutional Court Judicial Independence Judicial Reform Federal Judge
These keywords were added by machine and not by the authors. This process is experimental and the keywords may be updated as the learning algorithm improves.
This is a preview of subscription content, log in to check access.