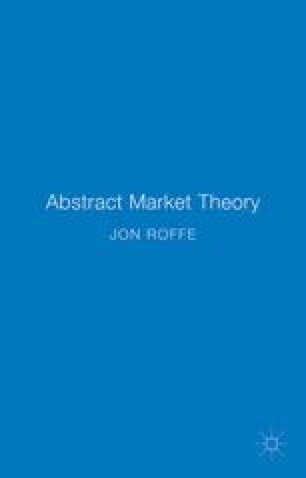 From Price to the Market

The distinction between price and value is fundamental to economics, to the financial study of markets, and to political economy; at the same time, the grounds of the distinction itself, and the differentiating characteristics of the two terms, often remains obscure. It would not be too much to say that this obscurity has coloured the entire history of economics through all of its convulsions, and gives a particular complexion to analyses across its spectrum, from politics to mathematized finance. However, we should not be too quick to maintain that a simple misunderstanding is in force in all of these situations; the difficulty perhaps lies in the very nature of the role of price in the modulation of value in social life.

Implied Volatility Price Process Contingent Claim Market Process Economic Thought
These keywords were added by machine and not by the authors. This process is experimental and the keywords may be updated as the learning algorithm improves.