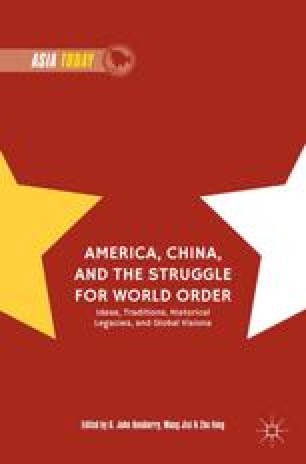 America, China, and the Struggle for World Order pp 19-42 | Cite as

Sovereignty is an idea that states hold about authority and autonomy over their own polity and others’ polities. How leaders think about their sovereignty and that of other states helps shape international cooperation and conflict. To the extent that a country is willing to cut deals that might somehow limit its autonomy or freedom of decision making, cooperation becomes possible. Highly defensive attitudes toward sovereignty and extreme nationalism can be harbingers of conflict.1 Understanding how and why the United States thinks about sovereignty offers insights into American foreign policy and the potential for future US-China conflict and collaboration.

United States Foreign Policy International Criminal Court Military Intervention American Foreign Policy
These keywords were added by machine and not by the authors. This process is experimental and the keywords may be updated as the learning algorithm improves.
This is a preview of subscription content, log in to check access.