Motion Capture in Performance: An Introduction 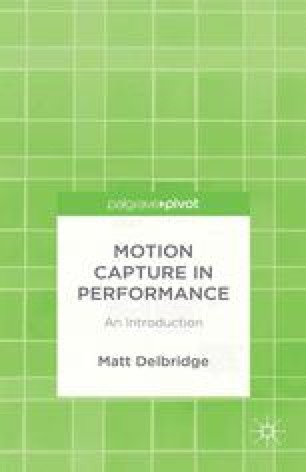 Motion Capture in Performance: An Introduction pp 12-19 | Cite as

This chapter provides an examination of the existing infrastructure(s) of Motion Capture (MoCap) facilities and technologies. It draws on established primary texts to begin a constructed historical perspective of MoCap and interrogates principles particular to animation that inevitably clash with performance. These texts focus on the principles and workflow of MoCap and are presented as ‘how to’ guides for animators. They are used here to demonstrate the ongoing privilege of tool over the form, so often found in commercial studios, where the MoCap system, workflow and captured movement data is a primary focus and the direction of performance is secondary.

Motion Capture Capture Movement Data Screen Space Overlap Action MoCap Data
These keywords were added by machine and not by the authors. This process is experimental and the keywords may be updated as the learning algorithm improves.
This is a preview of subscription content, log in to check access.