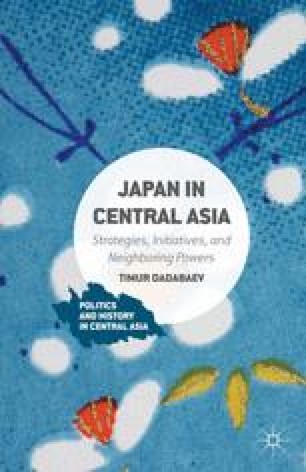 Between Idealism and Pragmatism

Relations between the CA states and Japan have always had very promising potential. Even when the CA states were part of the Soviet Union, the majority of the populations in the CA republics had rather sympathetic views toward Japan. These views could be explained by various reasons, including interest in Japan’s modernization, technological innovation, and preservation of its traditional culture, as well as certain similarities between the mentalities of the Japanese and CA publics. In addition, after World War Two, several thousand of Japanese prisoners of war (POWs) were brought into some of the republics such as Uzbekistan and Kazakhstan, where they participated in the postwar reconstruction process. The construction projects to which these POWs contributed favorably impressed the populations of these republics regarding the quality of the POWs’ labor (for details Nakayama, 2005).

Foreign Policy Foreign Minister Silk Road Official Development Assistance Central ASIA
These keywords were added by machine and not by the authors. This process is experimental and the keywords may be updated as the learning algorithm improves.
This is a preview of subscription content, log in to check access.