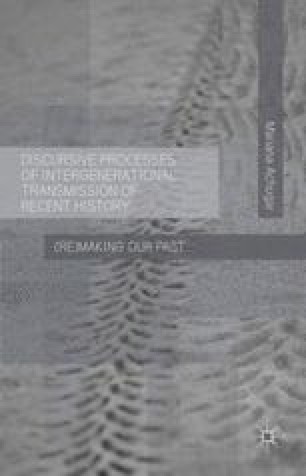 Narratives as Transmission Tools: Learning about the Dictatorship in Uruguay

In the year 2000, Teve Ciudad — a public TV station run by the city of Montevideo in Uruguay — produced a documentary directed by Aldo Garay in which youth were interviewed to learn what they knew about the dictatorship. Despite the short time that had elapsed since the end of the dictatorship in 1985, most of the youth were not able to identify the period, nor explain what had happened. This “lack of transmission” has been related to the policies of oblivion that limited public discussion, as well as political and judicial resolution of the traumatic past (see Fried and Lessa, 2011; Yaffé, 2004). Twenty-five years after the dictatorship ended, the topic became part of public debate once more after the “wall of silence” started to break down, through trials for violations of human rights, recovery of the remains of the disappeared and reparation policies for victims, and so youth were more exposed to the topic. As a result, we could expect the youth of this period to be able to know more about the dictatorship period. This is what the case study presented in this book explores: what do youth know about the dictatorship? and how do they learn about it?

Moral Judgment Political Participation Recent History None None Intergenerational Transmission
These keywords were added by machine and not by the authors. This process is experimental and the keywords may be updated as the learning algorithm improves.
This is a preview of subscription content, log in to check access.

Cite this chapter as:
Achugar M. (2016) Narratives as Transmission Tools: Learning about the Dictatorship in Uruguay. In: Discursive Processes of Intergenerational Transmission of Recent History. Palgrave Macmillan, London. https://doi.org/10.1057/9781137487339_2