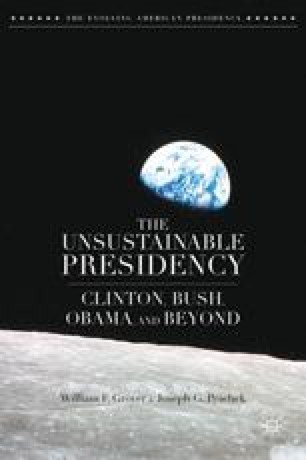 Change You Can Believe In? The Barack Obama Presidency

On the evening of November 4, 2008, Illinois senator Barack Obama addressed a crowd of 125,000 supporters in Chicago’s Grant Park. “A new dawn of American leadership is at hand,” Obama told the gathering, shortly after the formal concession of his opponent for the presidency, Senator John McCain of Arizona. “You understand the enormity of the challenges we face—two wars, a planet in peril, the worst financial crisis in a century,” he said. “The road ahead will be long. Our climb will be steep. We may not get there in one year or even one term, but America—I have never been more hopeful than I am tonight that we will get there. I promise you—we as a people will get there. Because of what we did on this day, at this moment, change has come to America. This victory belongs to you,” he stated, adding that “This victory alone is not the change we seek. It’s just a chance to make that change.”

Foreign Policy Hedge Fund Health Care Reform United Nations Security Council Obama Administration
These keywords were added by machine and not by the authors. This process is experimental and the keywords may be updated as the learning algorithm improves.

The truth of the matter is that my policies are so mainstream that if I had set the same policies that I had back in the 1980s, I would be considered a moderate Republican.