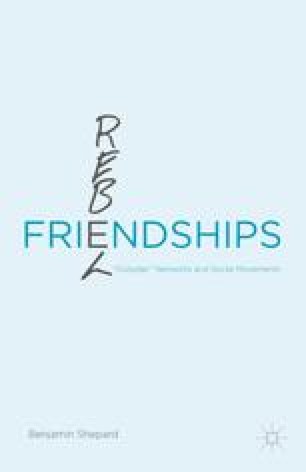 Sylvia Rivera, Her Myth and Mentors

My first arrest was with trans activist and Stonewall veteran Sylvia Rivera. It was obviously not hers. An old warrant from 1973 came up as we were being processed. Rivera was thrown into the cells with the guys, although she had spent a lifetime as a woman. She was a fierce, gentle soul, who made being arrested together more fun. As the stories recalled throughout this book remind us, activists such as Rivera have been occupying and resisting social controls for generations. Like Fred and many others in this book, she had a bit of Blanche Dubois in her. For example, Rivera claimed she was a part of the Stonewall uprising, although witnesses recall her sleeping on a bench in Times Square the first night. Yet a close reading of firsthand evidence suggested otherwise—or did it?

Homeless Youth Street Youth Trans Activist Trans Woman Food Pantry
These keywords were added by machine and not by the authors. This process is experimental and the keywords may be updated as the learning algorithm improves.
This is a preview of subscription content, log in to check access.