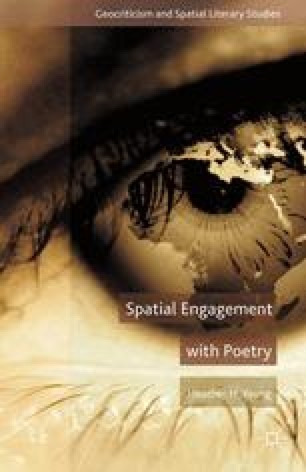 The Poetics of Intimate Perception: The Poetry of Mimi Khalvati

“The central phenomenon at the root of both my subjectivity and my transcendence towards others, consists in my being given to myself,” writes Maurice Merleau-Ponty, “I am given, that is, I find myself already situated and involved in a physical and social world—I am given to myself, which means that this situation is never hidden from me, it is never around me as an alien necessity, and I am never in effect enclosed in it like an object in a box.”1 The “physical and social world,” which Merleau-Ponty’s philosopher considers a given and as the site of the self’s natural instantiation in this world, is reducible to “mere arrangements of colour and light,”2 which manifest themselves always as consubstantial with all bodily experience. Whilst Merleau-Ponty’s self is not constrained by the boundaries of a “box” or by the otherness of a world of “alien necessity,” it is without a doubt constrained by language, the articulation of the world, and by the horizons of the self’s perceptual possibilities. The self’s state of self-givenness precedes a state where the self is defamiliarized, thus brought back into the world and language, a process of rebirth that is constant in its ebb and flow. We are reminded of the dynamic and performative dialogism of Steve McCaffery’s reading of bp nichol; poetry, perception, and the self, are intimately related.

Mother Tongue Person Pronoun Maternal Inheritance Cherry Tree Imagistic Panic
These keywords were added by machine and not by the authors. This process is experimental and the keywords may be updated as the learning algorithm improves.
This is a preview of subscription content, log in to check access.