Australia and the Bomb 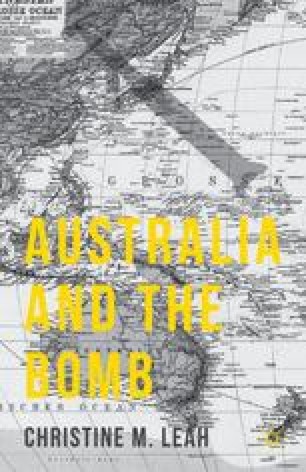 In the next 10–20 years, it would not be unrealistic or unreasonable for Australia to seriously reconsider the possibility of wielding its own nuclear deterrent. Australia has already entered a transformational security environment, and that is changing both the deterrence and assurance “requirements” that US security assurances were intended to address in Asia. US nuclear policy also seems to be changing—the centrality of nuclear deterrence to US grand strategy seems to be diminishing just as Asia embarks on a prolonged period of geopolitical transformation. There is increasing uncertainty over the dynamics of China as a rising military power. Japan, India, and China are rising at the same time. There are concerns over the proliferation in nuclear weapons and ballistic missile technology, and there are new concerns about the prospect of major-power war in East Asia. Changes in Australia’s past geostrategic environment underpinning the strength of the NPT are undermining the nuclear order, and the idea of an indivisible nuclear alliance. There are uncertainties in Asia about whether extended nuclear deterrence’s (END) future (primarily Asian, multipolar, asymmetrical relations, more risk-tolerant actors) will be much like Europe’s past (primarily Atlantic, bipolar, symmetrical, risk-averse actors). These changes are undermining Washington’s ability to supply END to its allies in Asia. There was no joint military doctrine à la NATO in the Asia-Pacific, and US preferences were to limit its obligations (especially its nuclear obligations).

Nuclear Weapon Ballistic Missile Nuclear Deterrence Missile Defense Nuclear Weapon State
These keywords were added by machine and not by the authors. This process is experimental and the keywords may be updated as the learning algorithm improves.
This is a preview of subscription content, log in to check access.