The Fascination of Film Violence 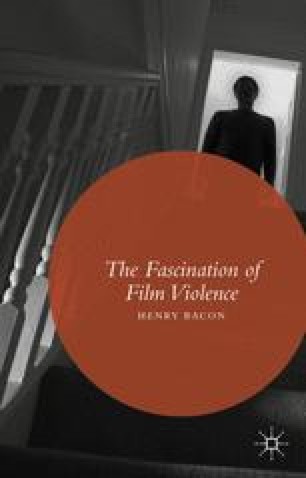 The Fascination of Film Violence pp 11-51 | Cite as

The Biocultural Evolution of Representing Violence

Violence is as much a part of art and entertainment as it is of life — if not even more so. Stories can be used to model the motivations, consequences and moral implications of action. Thus fiction is one of the most important ways by which we both as individuals and communities seek to cope with violence and the fears that it evokes in us. But even as we might genuinely learn something about the brutality and sordidness of real violence from its fictional representations, paradoxically enough, these representations can also serve as a source of pleasure and entertainment.

Moral Responsibility Moral Norm Fictional Character Serial Killer Action Film
These keywords were added by machine and not by the authors. This process is experimental and the keywords may be updated as the learning algorithm improves.
This is a preview of subscription content, log in to check access.