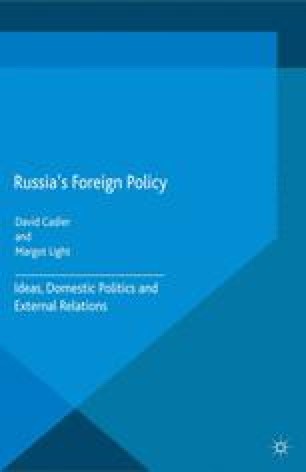 On 18 March 2014, Russian President Vladimir Putin stood in the Kremlin before an assembly of Russian officials and parliamentarians to address the nation. His speech marked the official signing of documents uniting the peninsular Republic of Crimea, which had just seceded from Ukraine, with the Russian Federation. Putin’s speech was intended to be historic. It was laden, almost overloaded, with references to several centuries of Russian history. Putin invoked the grievances that had festered in Russia since the 1990s, when the state was unable to protect its interests after the disintegration of the Soviet Union. His remarks ranged back, long before the collapse of the USSR, to the origins of Orthodox Christianity in Russia and to the military victories on land and sea that helped forge the Russian Empire. Crimea was at the centre of this narrative. Indeed, Crimea ‘has always been an inseparable part of Russia’, Putin declared. The bindings of history were first torn by the Bolsheviks, who put lands that Russia had conquered into the new Soviet republic of Ukraine. Then, in 1954, Soviet leader Nikita Khrushchev made the fateful decision to transfer Crimea from Russia to Ukraine, where Crimea was left ‘like a sack of potatoes’ when the Soviet state fell apart. Moscow’s decision to annex Crimea was rooted in the need to right an outrageous ‘historical injustice’, Putin asserted (Putin 2014a).

Foreign Policy Russian State Protest Movement Social Agenda Russian Speaker
These keywords were added by machine and not by the authors. This process is experimental and the keywords may be updated as the learning algorithm improves.
This is a preview of subscription content, log in to check access.