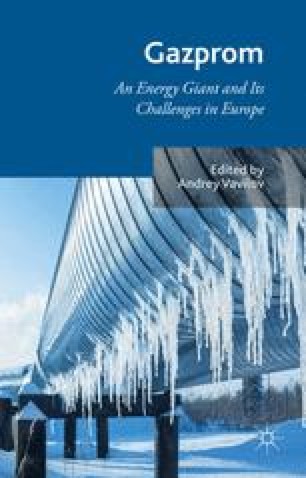 The New Export Routes and Gazprom’s Strategic Opportunities in Europe

In the 1990s the chaotic market transition in Russia and underinvestment in new gas projects prevented Gazprom from benefiting from the growth of gas demand in western Europe. Competitors of Gazprom captured new European market niches, while Gazprom lost significant market share. In response, in the 2000s Gazprom developed an “energy empire” strategy whose core idea was to regain its former position and improve it through investment in downstream assets in Europe. This proved to be futile, so Gazprom came up with a new strategy: to compensate for the earlier missed opportunities and mistakes by making huge investments in large-scale transportation and production projects. Crucial to this strategy are the new export routes, the Nord Stream and South Stream pipelines, which are being constructed by Gazprom. Bypassing the transit states of Ukraine and Belarus, these pipelines eliminate transit costs and transit risk. They are also a strategic response to the new challenges of the European gas market. Gazprom’s main challenge is not only to prevent further decline of its European market share but to achieve a 33% target for this share, a dream cherished by Gazprom’s top managers since the early 2000s.

Energy Package Ownership Unbundling South Stream Nord Stream Offshore Section
These keywords were added by machine and not by the authors. This process is experimental and the keywords may be updated as the learning algorithm improves.
This is a preview of subscription content, log in to check access.