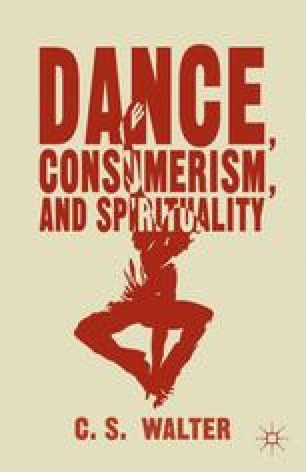 One thing to keep in mind is that “dance is to the body as spirit is to the body—one and inseparable but more”and helps people reveal their identities with God in their own movements. 1 As we move forward, it may be useful to summarize where we are so far. In chapter 1, I argued that seeing, experiencing, and feeling dance, and doing so among other people, fulfills needs for shared and individual spiritual experiences. An exploration of definitions of spirituality led to my preference for the use of the word “mystical”instead of “spiritual”and that would underlay the discussion of mystical dance practice for the course of the book so that there would be no confusion about what religious or spiritual meant. Further, I explored how historical and cultural mystical meanings are absorbed by individuals through consumption of dance, thereby making mystical identity stable. I suggested that we must understand the transmodern mystical location people are coming from and where they see themselves going to relate the consumption of dance to them. That is to say, different cultures and ethnicities consume dance differently, and if one is not from a given culture, the person or group brings into consciousness a subaltern perspective when they attempt or watch a given dance.

Spiritual Experience Mystical Experience Objective Frame Group Dance Renaissance Period
These keywords were added by machine and not by the authors. This process is experimental and the keywords may be updated as the learning algorithm improves.
This is a preview of subscription content, log in to check access.