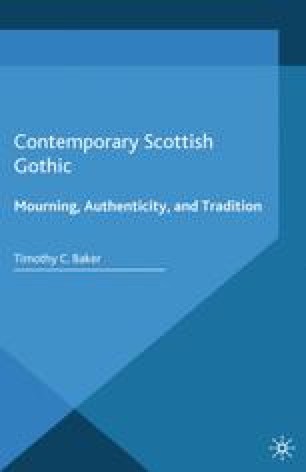 As much as the recurrent trope of the found manuscript has been used to foreground questions of authenticity and individual identity, as discussed in the previous chapter, it has also been used to address much broader issues of history and communal memory. To a certain extent, this may seem self-evident; as Jan Assmann notes, while language is considered as present communication, text is always ‘constituted on the basis of prior communication. It always involves the past.’1 Texts, Assmann argues, allow for the development of cultural memory, as opposed to communicative or bonding memory: texts encompass not only the knowledge required for practical living, but also ‘the age-old, out-of-the-way, and discarded’ (27). While Assmann focusses on normative and formative texts (that is, texts that codify social behaviour, such as wisdom literature, and texts that formulate a culture’s self-image, such as myths and sagas), the novels examined in the previous chapters indicate that any text may be culturally formative. Robertson’s Testament of Gideon Mack, for instance, highlights the extent to which formative texts such as Scott’s novels relate to both individual and cultural memory, while Gray’s Poor Things suggests that inauthentic or fictive texts may be just as relevant to the establishment of cultural identity.

Previous Chapter Night Waking Cultural Memory Dead Child Death Drive
These keywords were added by machine and not by the authors. This process is experimental and the keywords may be updated as the learning algorithm improves.
This is a preview of subscription content, log in to check access.